A report launching in Parliament gives vital advice on how to "hardwire" Britain's central bank to the environmental upheavals to come. 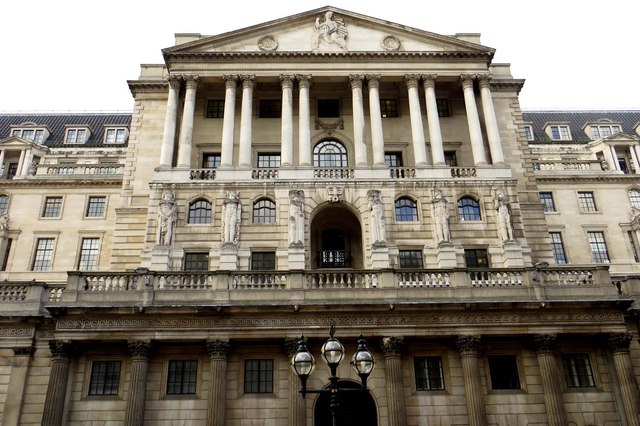 Green campaigners are launching a new report in Parliament today advising the Bank of England on how to become a leading enterprise in a low-carbon economy.

The document, put together by Positive Money’s researcher Rob Macquarie, argues that it is part of the responsibilities of the central bank to safeguard the national economy and the stability of the financial system. And while that aim was set following the 2008 financial crisis, the new challenges to the financial sector lie in areas slightly removed from the City’s usual worries.

Before the launch, Rob Macquarie said:

“The climate crisis and the low-carbon transition presents a fundamental challenge for finance, changing the context for central banking. Central banks underpin and oversee the financial and monetary system and have enormous resources at their disposal, so must do more to support the green transition”

The economist also warned the Bank of England that looking at the effects of climate change on financial stability alone was too limiting. He added that the bank had to play its part in making the British economy viable for the challenges ahead.

“The Bank of England’s mandate must be hardwired for sustainability and climate change.”

Macquarie’s report goes as far to say that the central bank’s monetary policy has gone against decarbonisation efforts, as it invested in high-carbon sectors as part of its quantitative easing programme.

Positive Money is calling on the Bank of England to act on a series of fronts, including disclosing the carbon risk of assets on its own balance sheet. The central bank was also advised to divest from bonds issues by fossil fuel companies, as well as to consider “quantitative easing for people” as part of a sustainable investment drive in the British economy.

Further recommendations include ways to decarbonise the financial sector, invest in green sectors, and improve the Bank of England’s environmental and climate change policies.
The paper’s launch in Westminster was attended by the chair of the UK’s Committee on Climate Change, Lord Deben, as well the shadow minister for international climate change, Barry Gardiner MP.
Lord Deben addressed the report’s launching event saying:

“We must stop compartmentalising climate change – its the greatest disruptive force in global finance. We’ll destroy ourselves by not dealing with climate change.”

Positive Money is also pushing for the Treasury to review the Bank of England’s monetary policy framework taking into consideration climate change and its effect on the British economy.
Joana Ramiro is a reporter for Left Foot Forward. You can follow her on Twitter for all sorts of rants here.