Will the UK government listen up - or allow a dire situation to continue? 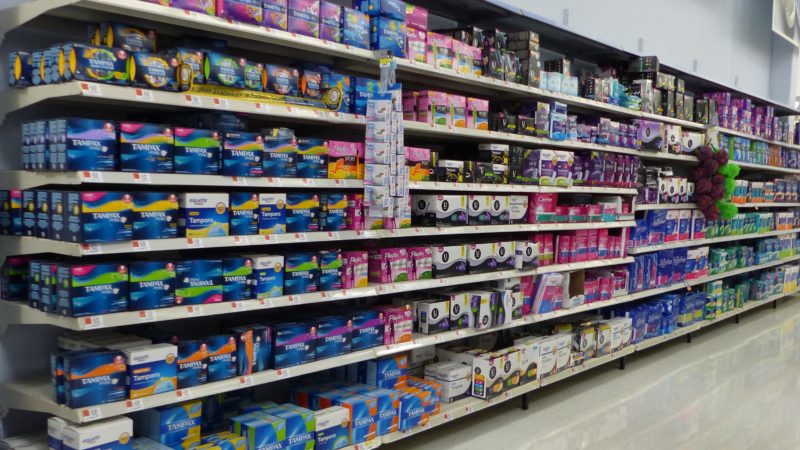 One in 10 girls are unable to afford sanitary items in the UK, while one in seven have struggled, according to the charity Plan International. It’s a shocking state of affairs for one of the richest countries in the world.

Thankfully though, something is now being done about it – in Scotland, at least.

A Scottish government project to give free sanitary products to women from low income households in Aberdeen is being rolled out north of the border.

It follows findings that some women who could not afford sanitary products were using tissue, rags or nappies as a replacement.

The policy was initially a pilot project launched last July – and in that time has distributed free products to more than 1,000 women. But the scale of the problem – and the success of the pilot – has led to SNP Equalities Secretary Angela Constance announcing the project is to be extended across Scotland.

The Scottish Government will provide distribution charity, FareShare with over £500,000 to distribute free sanitary products to an estimated 18,800 more women across the country.

Gillian Martin MSP described the move as ‘a watershed moment in the fight against period poverty’:

“No woman or girl should be unable to access sanitary products or have to choose between using rags or tissue or being able to put food on the table.

“Scotland is leading the way on tackling period poverty – in August, the Scottish Government will be the first national government to provide sanitary products free of charge across all schools, colleges and universities.”

The MSP added: “It is up to the UK government to follow our lead.” Or more specifically – England needs to follow Scotland and Wales’ lead.

But Layla Moran – the Liberal Democrats’ education spokesperson – is concerned that provision in England has fallen behind.

The Liberal Democrat MP is now calling on the UK Government Education Secretary to step up and provide tampons and sanitary towels in all schools in England.

It follows the organisation Girlguides joining the campaign to remove taboos around menstruation and help girls who struggle to afford products such as pads and tampons. The group will be adding a “period poverty” badge as part of an effort to encourage girls to discuss the issue in the UK.

In March, the UK government announced that some of the ‘tampon tax’ funding – the VAT paid on sanitary products – will go towards ending period poverty.

On Tuesday, school student and founder of the #FreePeriods campaign Amika George wrote an open letter to Theresa May, piling on the pressure:

“Did you know that 137,500 girls missed a day of school last year because they couldn’t afford menstrual products?…When families are faced with the ugly choice of eating or buying pads, there isn’t much of a choice at all.

“Young girls are often sent to school without adequate protection. They are unable to focus in class, preoccupied by thoughts of whether their period has gone rogue, if they’ll make it out of the classroom stain-free, with their dignity intact.

“Kenya has repealed tax on menstrual products, and last month pledged to distribute pads to every single one of it’s 4.2m schoolgirls in its public schools. Kerala, a state in Southern India, is handing out period protection for schoolgirls in a bid to keep girls in school when they menstruate…Yet, the UK seems to be lagging behind in our will to provide access to menstrual hygiene management.”

“Women in England are being left behind. The UK Government must now follow Wales and Scotland’s lead and get a grip of this problem in England.

“Providing a small amount of money for sanitary products in schools and to other vulnerable women through community groups and women’s refuges is the right thing to do and would make a huge difference.”

Will the UK government listen up – or allow this dire situation to continue?