On Friday a historic vote made abortion legal in the Irish Republic. By Monday, the DUP was vowing to block a similar move in Northern Ireland. 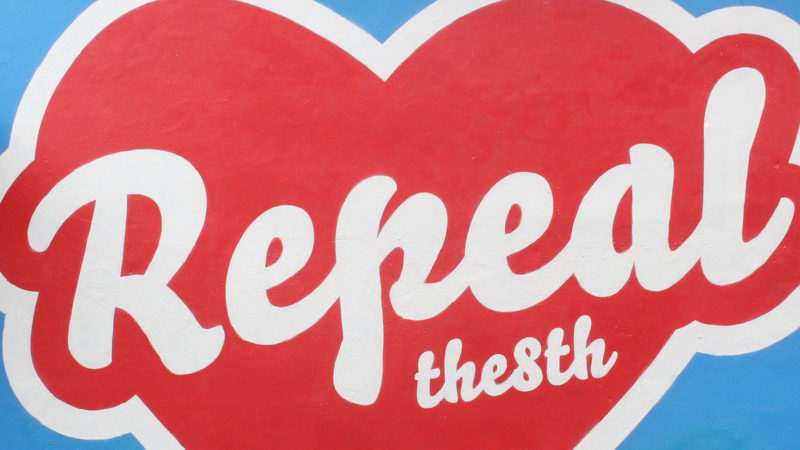 After years of fighting to legalise abortion, Irish pro-choice activists chanted victory after a smashing 66% of the population voted in favour of constitutional change on Friday’s referendum.

But the victory tasted bittersweet for many, as women in Northern Ireland remained excluded from the law change.

Campaigners have now turned their attention to Theresa May, who could act directly on the matter since there is currently no devolved administration at Stormont.

But the Prime Minister has little room for manoeuvre as her minority government is supported by a confidence agreement with no other than the Democratic Unionist Party (DUP) – a strongly pro-life party.

“Friday’s referendum has no impact upon the law in Northern Ireland, but we obviously take note of issues impacting upon our nearest neighbour. The legislation governing abortion is a devolved matter and it is for the Northern Ireland Assembly to debate and decide such issues.”

And according to DUP Northern Ireland Assembly member Jim Wells, the party could use its power to block any legislation changes. The staunch pro-choice opponent, told BBC Ulster the DUP “would use a petition of concern” – a measure requiring a minimum of 40% of both national and unionist Assembly members present at the vote, and a further 60% majority in favour of abortion legalisation.

Women found guilty of aborting in Northern Ireland face penalties of up to life imprisonment.

An Amnesty International petition has gathered 32,000 signatures demanding that abortion in Northern Ireland is brought in line with British law, where abortion is legal up to the 24th week of pregnancy.

A statement by the London-Irish Abortion Rights Campaign (ARC) made clear activists see Northern Ireland as the new focus of their fight.

“I want to assure women in Northern Ireland that they are forefront on our mind today. We must continue this incredible momentum to ensure the change Irish voters have called for is urgently implemented and to campaign so that all women on the island of Ireland are treated with the care and compassion they deserve.”

Theresa May is yet to comment on the matter.