Baroness Jenny Jones reports from the Lords on the Tories' 15th defeat - and argues we need an environmental regulator after Brexit that has real teeth. 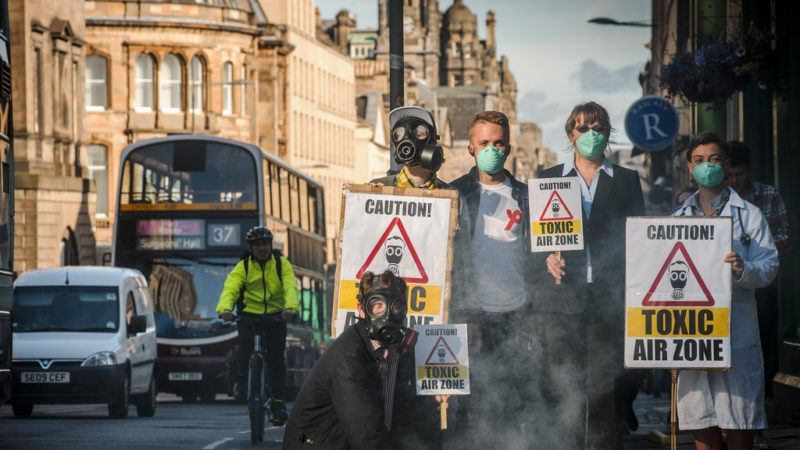 The latest House of Lords amendment to the EU Withdrawal Bill is a win for the environment and the green movement.

The cross-party amendment ensures that the government’s ​promised new environmental enforcement agency will not reduce any of “the rights, powers, liabilities, obligations, restrictions, remedies and procedures that contribute to the protection and improvement of the environment.”

And it also sets the stage for a big fight in the Commons over retaining key principles in UK law, such as animal sentience and the precautionary principle.

​The Lords vote was a straight-forward rejection of the government’s recently launched proposal to create a flabby, weak ‘independent’ enforcement agency. The government’s consultation was published ahead of the Lords’ debate, in an attempt to head off the revolt – with the aim to create a typical British quango, with no legal teeth and principles that are outlined in policy statements rather than enshrined in legislation.

The result would be a pathetic watchdog that would inconvenience neither the government, nor big corporations. It wouldn’t be able to twist the arms of Ministers in order to give the public clean beaches, the way the European Commission can.

Nor would it be able to issue fines if the government fails to provide clean water. It wouldn’t provide the legal basis for beating the government in court over air pollution, in the way Client Earth have done.

And there are reports that the government’s own proposals were watered down by the Treasury. It is clear that the current consultation is pointless as it doesn’t meet the criteria set out in the Lords amendment – and it should be scrapped.

The Lords voted for a green Brexit that would create a UK enforcement agency (with arrangements agreed by the devolved administrations) that is capable of taking over the role of the European Commission.

There are many indications that an alliance of Conservative MPs and some Ministers, will welcome the Lords’ victory, which will now put pressure on the Commons to follow suit and protect our environment.

My own Clean Air Bill provides a good template for redrafting the consultation with different starting points. Clean air would become a human right – but there is no reason why this shouldn’t extend to clean water.

My draft Bill calls for a Citizens’ Commission to provide local communities, parents and vulnerable individuals with the finance and expertise needed to take legal action against the organisations which are infringing the right to clean air.

It might be the car manufacturers that cheated the testing system, or a local authority which refuses to take the tough action needed to reduce pollution. There is no reason why the Citizen Commission couldn’t support people who are having their water course polluted by a fracking company.

The final element that any enforcement body needs is a foundation with clear principles laid out in primary legislation. My Bill includes the same list as the Lords’ amendment and comes from the existing EU rules. The precautionary principle, the protection of future generations and ‘polluter pays’ are all things that should underpin government policies and decisions.

However, the one that has become the touchstone of current debates is Animal Sentience (the principle that animals can feel and perceive). This principle was narrowly defeated in the Commons – but could well go through the next time.

The government has made a mess of its attempt to tag it onto other legislation and the opposition made a mess of my attempt to amend the EU Withdrawal Bill (Labour withdrew the whip just before my amendment was reached).

The principle of Animal Sentience is referred to in the recently won Lords’ amendment to create an environmental enforcement agency, so the issue is still alive when it returns to the Commons. It is critical for future legislation and trade deals that this principle is retained as part of primary legislation.

A final reason why the Lords rejected the government’s plans is because they want the timetable for legislation and implementation to be clearly set out.

There must be no gaps between our leaving the EU and the new environmental enforcement agency being ready to take the Commission’s place.

And, crucially, there must be no period when the government is putting through trade bills and negotiating with the likes of Trump, when the key environmental principles do not apply. That would be truly dangerous for our environment.

Jenny Jones (Baroness Jones of Moulsecoomb) is a Green Party member of the House of Lords.