The Royal College of Nursing has backed "complete decriminalisation" of cannabis. Here's why the government should follow suit. 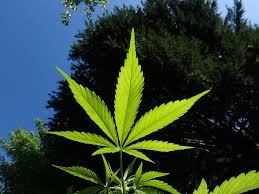 Momentum for drug reform is growing among the medical profession. But why would making cannabis accessible for medical and recreational consumption be a good thing for Britain?

Well, here’s at least three reasons for it:

1. It would improve the lives of millions of Brits living with acute medical conditions

As is the case of Alfie Dingley, who lives with a rare form of epilepsy causing him 150 seizures a month. His parents have been campaigning for the legalisation of cannabis oil, which would dramatically reduce Alfie’s symptoms and improve his daily life. Many living with other conditions such as MS, arthritis, chronic pain, cancer, asthma, Alzheimer’s, and Crohn’s disease would benefit from the medical use of cannabis products. As is the case of six-year-old Alfie Dingley, who suffers from a rare form of epilepsy.

This move adds to the unstoppable momentum for change amongst medical professionals and politicians. The UK Governments position that cannabis has no medical benefit flies in the face of the growing body of evidence from around the world #endourpain

2. It would save the taxpayer £900 million each year

According to the Taxpayers Alliance, British police forces spend on average one million hours enforcing laws that prohibit the use of cannabis. Legalising the Class B drug would save an estimate of £200 million from police budgets. The NHS too would be saving £132 million by replacing sleeping pill, pain relief and antidepressant prescriptions with medical marijuana. Plus the taxes imposed on commercialising the drug would make a great new revenue stream for state.

The unregulated trade of light recreational drugs such as cannabis is resulting in an increase in violent crime on our streets. Bringing in regulated traders would effectively end criminal sales and gang violence. In America, researchers found that in states that legalised cannabis consumption, murder cases fell by 10%, and drug trade related murders cases by 41%.

The Tories have missed an opportunity to reduce gang related crimes: legalising cannabis would remove a big money-maker from the gangs. The effects of legalisation can be seen in California where violent crime is down 15%.

And its isn’t just nurses and doctors who support the decriminalisation of cannabis use. Liberal Democrats leader Vince Cable and Labour leader Jeremy Corbyn have both spoken in favour of it. Plus the Green Party has been in favour of legally consuming the drug since its inception in 1990.

Could this be enough pressure to push Parliament in favour of decriminalising?