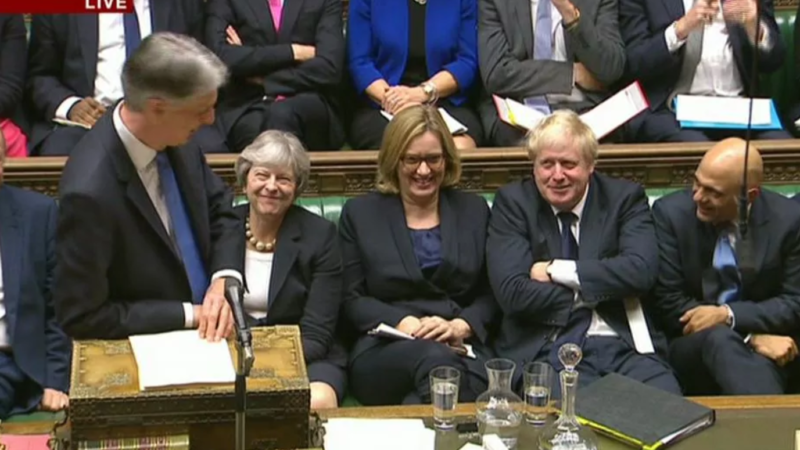 Figures released today show that Britain’s economy is still weak – as is the government’s excuse for it.

The UK economy saw just 0.1% growth in the first quarter of 2018, according to Office for National Statistics analysis.

But the findings have brought out the feeblest of excuses from the government, with Chancellor Philip Hammond blaming last month’s ‘Beast from the East’.

Unions and economic analysts have laughed off the claim, with the ONS saying our service industries were “broadly unaffected” by the bad weather.

Many are pointing to continued under-investment and cuts to infrastructure spending as the real cause.

TUC calculations based on Office for Budget Responsibility data reveal that UK public capital investment will peak at just 2.9% of GDP in the current parliament, compared to the OECD average of 3.5%.

TUC analysis shows a worrying – and ongoing trend – despite claims that austerity is over. Spending per person on schools, hospitals, local government and other public services will be down by £960 in 2022/23 compared to its level in 2009/10: 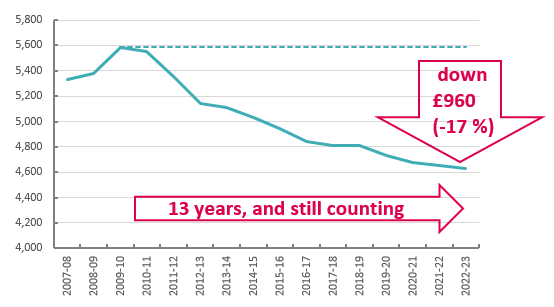 And in the face of Brexit and an investment slump, recent Survation polling for the GMB union has shown that more than half of those questioned expect the UK to slip into recession within the next two years – hardly a ringing endorsement of the Tory economic strategy.

“This is the weakest Q1 growth since 2012. It’s clear to everyone except Philip Hammond that our economy is in need of increased investment and working families are struggling with the cost of living and the burden of increasing household debt.”

“One week of snow doesn’t explain a decade of weak growth, dismal productivity and falling wages. It’s the avalanche of cuts that has done the long-term damage.

“We need to modernise Britain’s infrastructure. The government should set up a National Investment Bank to upgrade roads and rail, and to bring high-speed broadband and clean energy to every part of Britain.”

And Tim Roache, General Secretary of the GMB union, said it was time for ‘significant investment’:

“We need significant investment in the UK economy now to boost confidence and jobs with an approach to Brexit that is led by UK jobs and industry, not Cabinet squabbles.”