Refusing to investigate a major Tory donor is just one sign of the need for reform at the UK's tax body. 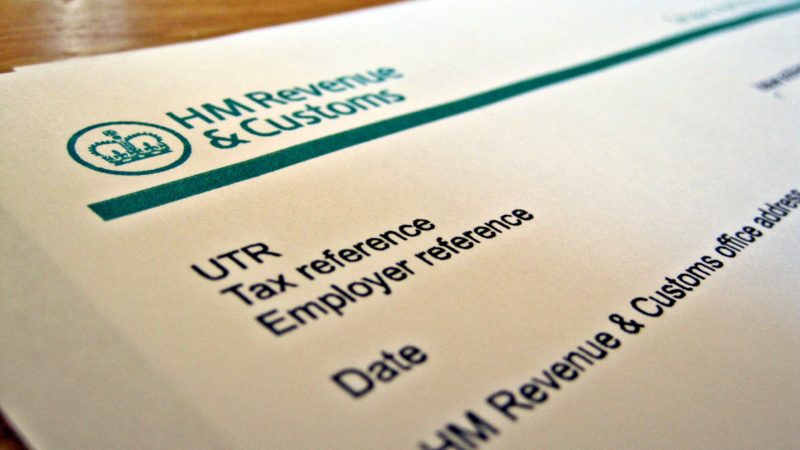 Last week, BuzzFeed revealed that Her Majesty’s Revenue and Customs (HMRC) refused to assist the French authorities in investigating suspected money laundering and tax fraud by the UK telecoms giant Lycamobile. The reasons given should be a matter of concern to all citizens.

According to the revelations, a letter from the tax body said:

“It is of note that [Lycamobile] are the biggest corporate donor to the Conservative party led by Prime Minister Theresa May and donated 1.25m Euros to the Prince Charles Trust in 2012.”

The fact that the company is large and is a major donor to the ruling Conservative Party and charities favoured by Prince Charles made Lycamobile a no-go area for HMRC.

Yet we have to ask how many other wealthy and politically connected companies and individuals have been let off the hook.

On Wednesday, during questioning by the Treasury Committee, Chancellor Philip Hammond said that the episode showed “isolated misjudgement “. He then repeated that the decision not to share information with the French was valid.

Actually, the Chancellor position is highly damaging to the UK’s efforts to combat tax avoidance: In an interconnected world, companies are easily able to shift profits and cash across geographical boundaries, and international co-operation is vital for pursing the trail.

The government’s endorsement of HMRC’s refusal to co-operate with other nations does not bode well for its own ability to secure co-operation and tackle tax abuses.

The House of Commons Treasury Committee is demanding answers to the Lycamobile episode – but HMRC is unlikely to prove amenable.

In recent years, the Public Accounts Committee has conducted hearings into tax avoidance by giant global corporations such as Microsoft, Amazon, Google, Starbucks, Shire and others. The hearings have not been followed by HMRC test cases.

The Public Accounts Committee has also held hearings into the role of the large accountancy firms in designing and marketing avoidance schemes and exposed their predatory culture. In a telling rebuke to PricewaterhouseCoopers, the Committee chair said:

“You are offering schemes to your clients—knowingly marketing these schemes—where you have judged there is a 75% risk of it then being deemed unlawful. That is a shocking finding for me to be told by one of your tax officials.”

Despite the above and numerous court judgments declaring the tax avoidance schemes marketed by accountancy firms to be unlawful, not a single firm has been investigated, fined or prosecuted.

HMRC has entered into ‘sweetheart deals’ with Google, Goldman Sachs, Vodafone and others – though little is known about the ultimate settlements. Such deals lead to one law for big business and another for others. They pose questions about how HMRC interprets tax laws. The Public Accounts Committee has sought answers but did not secure co-operation from HMRC. The Public Accounts Committee said that HMRC:

“…has made matters worse by trying to avoid scrutiny of these settlements and has consistently failed to give straight answers to our questions about specific cases, which has severely hampered our ability to hold it to account for the settlements reached…

“The Department has insisted on keeping confidential the details of specific settlements with large companies, even where there have been legitimate concerns about the handling of cases…

“It is absurd that we have been forced to rely on information in the media to find out about cases that raise concerns.”

There are real concerns that HMRC is too sympathetic to large companies and wealth elites. A major reason for that is the colonisation of HMRC by big business and its discourses: its current board members include non-executive directors connected with British Airways, Mondi, Anglo American, Aviva, PricewaterhouseCoopers and Rolls Royce.

After a stint at HMRC many of the non-execs return to big business. Corporate sympathies are therefore not counterbalanced by the presence of ordinary taxpayers or individuals from SMEs and civil society.

In such an environment, it is all too easy to turn a Nelsonian eye on corporate abuses and shower concessions on companies and wealthy individuals.

HMRC has become a state within a state and needs major reforms – including changing its governance structure by introducing a Supervisory Board to oversee the Executive Board, to give it strategic direction and enhance its public accountability.

The Executive Board would be responsible for the day-to-day running of HMRC, while the Supervisory Board would consist of diverse stakeholders and meet in the open at regular intervals. Its minutes and background papers should be publicly available.

The Supervisory Board must ask questions about whether HMRC has adequate resources to meet its objectives. It must focus on the quality of enforcement action taken to increase tax collection, including the number of prosecutions against large businesses, high net worth individuals and others.

And it must approve all large tax settlements relating to tax disputes. In addition laws must be changed so that HMRC cannot frustrate parliamentary inquiries and avoid public accountability.

The Lycamobile revelations reflect the nature of what HMRC has become, and are indicative of an organisational culture that is soft on big business and wealthy elites – but hard on the ‘little people’. It is time for reform.