We all suffer when public services are run for private profit not public good. 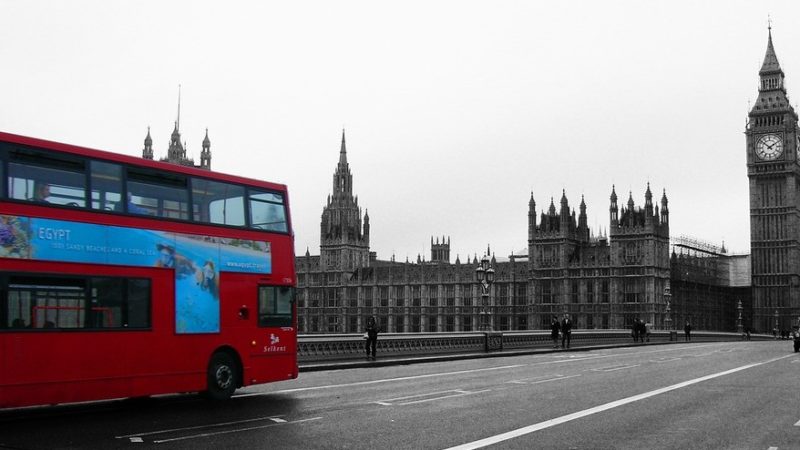 Pic: London’s buses are regulated and protected by the public sector – unlike the rest of the country.

Something surprising happened last week: the government announced new investment in our much-ignored – but vital – bus services. The Welsh government, that is.

The £25 million for local councils in Wales is not nearly enough of course – given bus mileage in Wales has fallen by 20% in a decade – but it is a rare recognition of how crucial these links are for communities.

What we’re not seeing is the same kind of commitment in England. At Westminster and in our national media, it is hard to stir much interest in buses at all.

Funding has been slashed – with a 25% cut in supported services since 2010-11 (£74 million) – and the level of services has declined in tandem: to take one example, the number of services in Shropshire is down 25%.

The lack of interest is a reflection of the London-centric focus of politics and the media – London buses, controlled by TfL, are heavenly compared to most of the rest of the country. Most of the commentariat and politicians usually drive or are driven around – or if they use public transport, it’s rail.

Last week I joined the brilliant South Yorkshire Freedom Riders to celebrate their fourth birthday, with a rally at Sheffield station bigger even than last year’s. The group were formed to protest at cuts in South Yorkshire to travel concessions for elderly and disabled people

Their members are diverse. Some walk with the assistance of sticks. Some have other visible disabilities, some invisible. Quite a few have disabled children. Many are well past retirement age.

Their work illustrates with passion a key point: everyone should be able to move around their community, to meet friends and family, to get into nature, to get to work.

They’re increasingly turning their attention to the reductions of services, and the threat to services in a region and a city, Sheffield, once famous for its cheap and plentiful buses.

Bus journeys have fallen by 20% in South Yorkshire from 2010-2016 – that’s 15 million journeys a year either being made by other means, or even worse, not made at all.

Behind that collapse are rising fares, problems with reliability and punctuality, changes to services made without consultation, and, of course, the privatised structure that means these are services being run for private profit, not public good.

Nationally, it needs to be shouted from the rooftops that far from there being a “war on the motorist”, there’s been a “love-in with the motorist”, with the cost of motoring falling by 16% since 1997, while the cost of rail travel has risen 23% and buses and coaches a whacking 33%.

The problem of loneliness has so come to the forefront that the government has even appointed a minister for it, but loss of services means many people are deprived of the chance to have a cup of tea with a friend, play with the grandchildren, get out into nature, get to training or benefit from the walk to the bus stop.

I was delighted when Green Party co-leader Jonathan Bartley chose to focus on bus services in his spring conference speech last month. This is an issue that’s not only crucial in its own right, but a perfect illustration of the Green Party understanding that economic and environmental justice are indivisible.

The story of the decline of the bus also illustrates another issue that the Green Party has been stressing for many years: that we all suffer when public services are run for private profit not public good.

So let’s celebrate the bus, say that it is a brilliant form of transport that we need much more of, and we need to make it available to all, for all of our sakes. Even people who never use a bus will benefit from better buses.