As Ministers make far-fetched claims that the Commonwealth Games are an opportunity to tout for post-Brexit trade, Labour’s leader in the European Parliament warns they're deluding themselves. 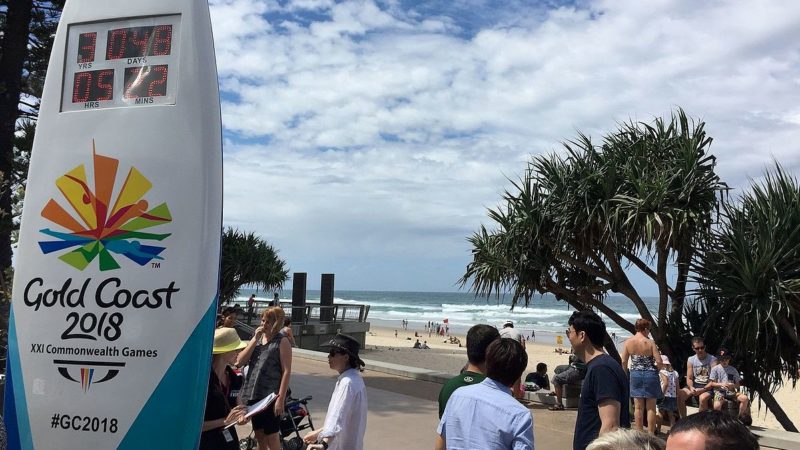 Pic: There’s no post-Brexit paradise when it comes to UK-Commonwealth trade deals…

One of the many myths peddled during the Brexit referendum was that we could waltz out of the EU and start shouting the odds in the Commonwealth – replacing the lost trade with Europe with a series of mega trade deals with Britain’s former colonies on preferential terms.

Indeed, at the start of the Commonwealth Games in Australia this week, the government dispatched a UK trade delegation to press the flesh and sing the praises of bilateral trade deals with Britain. The likelihood is that they’ll talk a good talk but deliver precious little.

The first problem is, some Commonwealth countries see it as us seeking to pillage their markets: Cook, the Cape and the East India Company all over again.

The second problem is that most of them already have trade deals with the EU (some of which are currently being upgraded)…including us as an EU member. They do not necessarily want to do anything different with us in dealing with Britain separately.

On the contrary, they may not even want to make the same concessions to Britain alone as they made to the EU, with its stronger negotiating clout as the world’s largest market.

The third problem is that even if there were any gains for Britain, they will not outweigh the losses in Europe that will arise if we leave the European customs union, as the government intends to do.

The numbers are clear: in the fifties, the Commonwealth accounted for quadruple the value of UK exports compared to the then EEC. But today, Britain does far more trade with the EU – about £234 billion (42 per cent of UK exports) – six times the value of exports to the 10 Commonwealth countries for which trade data is tracked by the ONS.

Then there’s the futility of negotiating these deals from scratch. The EU recently concluded a new trade agreement with Canada. It is accelerating negotiations on a free trade agreement with Australia and New Zealand. The EU and India will meet in Brussels next week to try and advance that trade deal. And the EU has a trade, development and cooperation agreement with South Africa, covering 90% of bilateral trade.

These are all deals the UK will benefit from in the near future – on terms negotiated by the EU which are more beneficial and faster than the UK could hope to agree on its own.

The UK would not be able to dictate the terms of any of these Commonwealth or other big ticket trade deals as Brexiters claim, just as it has not been able to “immediately…start negotiating new trade deals with emerging economies and the world’s biggest economies…which could enter into force immediately after the UK leaves the EU” as they also claimed.

We’ve seen it with the US, from warnings the UK must ‘concede everything’ to the steel tariffs imbroglio. And we saw it this week with Australia, with Canberra set to demand the UK accepts hormone-treated beef, currently banned in the EU. So much for environmental and animal welfare standards not being slashed after Brexit.

Because while mid-nineties nostalgia may be all the rage right now, there’s one story that’s unlikely to be made into a film or mini-series: the worldwide ban on exports of British beef in 1996 following the mad cow disease scandal, and its painfully-gradual overturning.

Thanks to Britain’s membership, the EU was the first to ease the ban, as soon as it became safe, in 1999 (albeit with France dragging its feet until we took it to the European Court of Justice – something we could do as a member).

As for the Commonwealth? Protectionist interests outweighed any sympathy for Britain: Australia and New Zealand only lifted their ban in 2011, and Canada in 2015. Further afield, it took until 2016 for the US to import British beef again, and it has taken China until February of this year to lift its ban.

The staggeringly tone-deaf imagery of ‘Empire 2.0’ or its ‘Commonwealth 2.0’ rebrand is one thing. But the sheer illogicality of the UK erecting barriers with the world’s largest free-trade area on its doorstep – in exchange for worse trade deals in the future – is the truly shocking bit here.

With each day that passes, it is ever clearer the Brexiters’ attitudes allied to the economic reality will lead the UK into a damaging, job-destroying Brexit. Yet still the government carries on its course of action – a road that will see Britain go from Gold to not even getting on the podium.