Claiming the Good Friday Agreement has been 'played up' in the Brexit debate was a gross error - but not an isolated one. 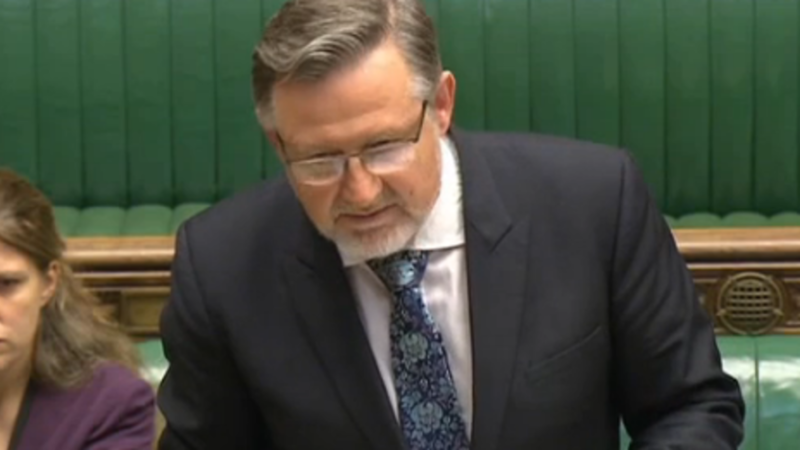 Labour shadow minister Barry Gardiner is having a bad week. We’ve heard him rubbishing his own party’s Brexit policy – and then backtracking.

But before that, we heard his misguided and dangerous comments about the Good Friday Agreement.

He said it is being ‘played up’ in the Brexit debate – a comment that has been rightly (and roundly) condemned – and no more so than by those of us who work in the European institutions.

Here in Brussels, nothing is more important as an outcome for the Brexit deal than the guarantee that it does nothing to threaten peace in our continent, in Ireland or elsewhere.

Some Labour politicians agree wholeheartedly with this. Gordon Brown’s address to the European Parliament during the referendum campaign made this clear. Others are sadly less willing to see the EU as a force for peace and do little to conceal their ideological opposition to it.

In spite of his attempts to deny them, you can hear Gardiner’s words yourself: be can be clearly heard saying:

There are “real economic reasons why people have played up the issue of the Irish border and the need to have the shibboleth of the Good Friday Agreement”…and that “is because it is hugely in the Republic of Ireland’s economic interest to make sure that there is no tariff and no external border”.

But when it comes to ill-informed and politically motivated comments on Brexit, Gardiner has form.

As trade secretary, it was he who demonstrated publicly his ignorance by downplaying the importance of the customs union to British manufacturing industry. For manufacturers like Honda in Swindon, leaving the customs union would be a disaster disrupting their ‘just in time’ supply chain by requiring time-consuming checks and paperwork as components pass across currently open borders.

Through a long process of patient negotiation and sharing of evidence, he has been pulled back to a more reasonable position. But his loose words on the Irish border make clear that at heart he has not changed his views: he still sees Britain as operating independently outside of the Single Market and Customs Union with trade having to pass through hard borders to enter our neighbour’s economies and somehow understands this to be desirable.

This is folly – and represents a dangerous tone of rhetoric that threatens British jobs, as Labour MP Chuka Umunna commented recently:

“We should not kid ourselves – there are no upsides to leaving the single market and the customs union after transition. There are only downsides.”

The setting of Gardiner speech is also important. The Rosa Luxembourg Foundation is the think tank associated with the German Left party. I have spoken there myself, and they do excellent work – but for Gardiner it must have felt like a safe space to share his Lexit Eurosceptic views – views that appear to be shared within the current Labour leadership.

It is important to understand how these left-wing attacks of the EU have a long political heritage within the Labour party stretching back well beyond Corbyn or even Tony Benn.

For decades some have peddled myths such as that British workers experience significant wage depreciation from immigration. Despite studies to show that this is untrue, or at most, unclear, this is now an established untruth that was rolled out time and again during the EU referendum campaign.

And so, on the 20th anniversary of one of the most significant peace processes our continent has seen in recent history, Labour’s shadow trade secretary uses the platform this role gives him to risk undermining a hard-won peace for reasons that appear to arise from a hostility to the EU.

There are of course “real economic reasons” we should worry about the Irish border – not least that the impossibility of resolving the issue is the greatest risk to the whole Brexit deal.

But more fundamentally, Gardiner indicates Labour’s failure to recognise the EU as a project that always has and always will prioritise peace before trade.

Molly Scott-Cato is the Green Party MEP for the South West and Gibraltar.