Two decisive defeats in the past week alone have put oil and gas companies on the back foot. 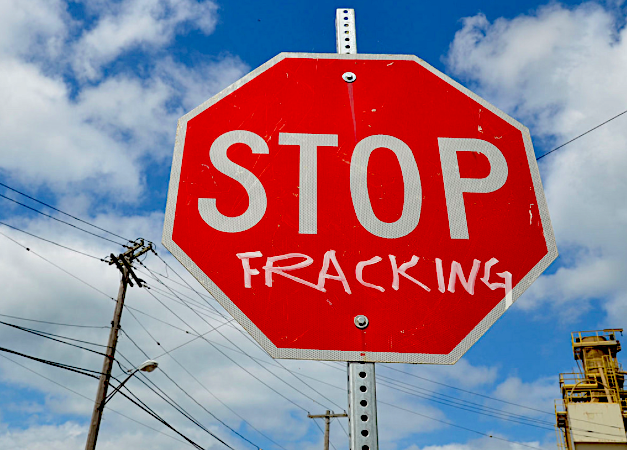 In the last week, local people and campaigners in the South East of England have inflicted two small but significant defeats on a desperate and ruthless onshore fracking and oil and gas industry – an industry exemplified by UK Oil and Gas (UKOG) which has interests in sites across Sussex, Surrey and the Isle of Wight.

First, the long-term efforts of dedicated campaigners in West Sussex have finally seen UKOG being told, in no uncertain terms, to shut up shop and get out of the South Downs National Park.

Second, the same firm’s attempts to fast-track an application for a draconian and anti-democratic injunction to bludgeon local people and campaigners’ rights to peaceful and lawful protest failed in the High Court. It would be hard to imagine the two actions aren’t linked.

It was unwelcome news, then, when the firm received a notice from the South Down National Park Authority demanding UKOG leave its Markwells Wood site immediately and restore it to its original state.

So unwelcome, in fact, the firm has yet to communicate the news directly to its investors.

Planning permission for UKOG’s Markwells Wood site expired in September 2016. The firm’s application for an extension was thwarted when both Portsmouth Water and the Environment Agency submitted objections to the plans.

The objections followed the publication of an in-depth hydroecology study, commissioned by Markwells Wood Watch, a local campaign group seeking to protect the South Downs National Park from industrialisation.

The report revealed the ecologically-destructive truth of UKOG’s plans and highlighted the risks they posed to local drinking water supplies.

Ultimately, dedicated, caring and passionate local residents exposed the hypocrisy behind UKOG’s claim to be “leading the way in ensuring that any oil and gas developments are conducted with full respect to the countryside”.

UKOG and its investors were not happy. And the firm’s share price continues to fall.

It is against this backdrop that an increasingly desperate UKOG drafted an application for an injunction against campaigners and local people that is as wide-ranging as it is chilling.

The injunction seeks to shut down any ‘lawful’ activity that might ‘injure UKOG’s economic interests’. Put simply, it is an attempt to bludgeon local people’s fundamental right to peaceful and lawful protest.

It is an outrageous move by a firm that has become acutely aware that it has no social licence for its environmentally-destructive drilling operations.

And, not only that, it is a desperate attempt to protect itself and its operations from the scrutiny of campaigners, after the costly embarrassment of having its ecological shortcomings exposed by Markwells Wood Watch.

The injunction application was heard before the High Court yesterday. It was opposed in court by residents and campaigners who, rightly, argued that in a free and democratic country, a company’s economic interests should never supplant citizens’ fundamental human rights.

The High Court dismissed UKOG’s claims that the application was ‘standard’ and recognised that the ‘wide-ranging’ bid interfered with British citizens’ fundamental human rights. The case was adjourned and UKOG was denied an interim injunction.

The decision again proved the importance of dedicated and passionate local residents and environmental campaigners. The relentlessly peaceful heroes stood up for not only our environment but our civil liberties too.

The decision to delay, however, means the fight against this draconian and anti-democratic injunction is not over. Residents and campaigners now have little over a month to prepare to take on the financial might of UKOG in the High Court to defend not just their fundamental human rights but those of all British people. I unreservedly offer them my admiration and continuing support.

Despite the fracking and oil and gas industry receiving the full backing of a Tory Government deliberately blind to its climate-destructive impacts, slowly, but surely, (extra)ordinary local people are winning the fight for our environment, our communities and our planet. More power to their elbow.