New figures show the effect Brexit is having on NHS recruitment with worse yet to come unless the government take real action. 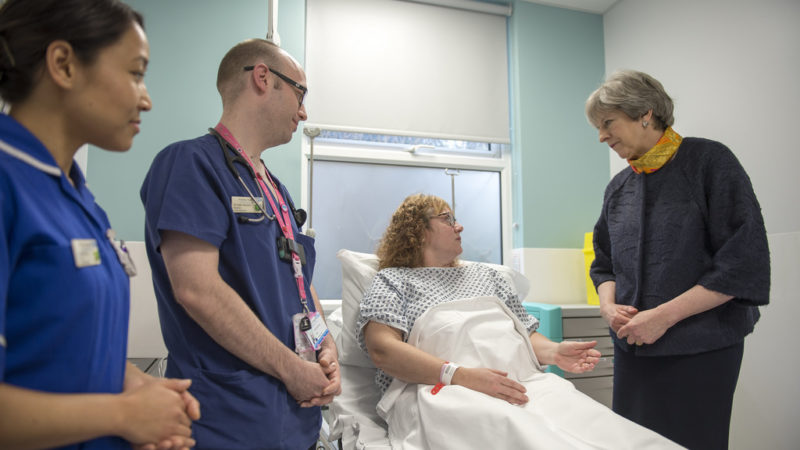 Pic: The PM may talk the talk – but Brexit uncertainty is causing a staffing crisis in our NHS.

These are complex and challenging times for the NHS. Even NHS England concede that “pressures on the NHS are greater than they have ever been”. But now we are seeing our impending exit from the EU presenting some extremely worrying challenges.

With over 5,000 nurses from the European Economic Area (EEA) working in London’s health services, many of our hospitals and clinics could not function without the dedication and work of EU citizens. There are consultants, GPs, surgeons and clerical staff from the EU, all working to keep Londoners healthy. In the capital, our health service is twice as reliant on EU staff as the rest of the country.

I have worked with my colleagues on the London Assembly to demand greater certainty about the future of NHS workers who are EU nationals from the government and – in anticipation of attracting more UK nationals into the occupation – called on the Mayor to lobby for a review of the damaging decision to remove nursing bursaries.

Last week, the Office for National Statistics (ONS) released new data showing that net EU migration to the UK has declined by 75,000. It has been alarming to see that as one of the consequences of this, the number of EU nurses registering to work in Britain has fallen by a staggering 90 per cent compared to the year before.

This is particularly concerning at a time when NHS data shows that nursing vacancies have hit an all-time high. Let’s be clear: EU nurses and doctors are skilled professionals – and if uncertain about their status in the UK, they will leave the NHS.

The social care sector is even more reliant on EU workers, with 13 per cent of its workforce coming from the EEA, according to the latest figures. The sector is characterised by small and medium sized enterprises (SMEs) and they will be even more vulnerable than hospitals to workforce shortages.

The government has said that it will encourage SMEs to get involved in social care and has introduced a new marketplace for health and social care providers to facilitate this. But the sector needs more certainty about its workforce for this to be a success.

Inevitably, the government will need to come to a final deal and this should include a commitment to retaining free movement and membership of a customs union. It is only through these integral measures that we can stem the flow of EU workers from leaving the NHS and other key sectors.

The human reality of the uncertainty faced by EU citizens is such that the vague assurances by the government are nowhere near good enough.

They need a clear guarantee that they will be able to continue to live and work in the UK, not just in the near future, but in the long term. Their security, and the capacity to deliver decent health and social care services, depend on it.

Dr Onkar Sahota is a Labour member on the London Assembly.