Over 120 women incarcerated in the Yarl's Wood Immigration Removal Centre are on hunger strike over the conditions of their detention. One of them left the following message. 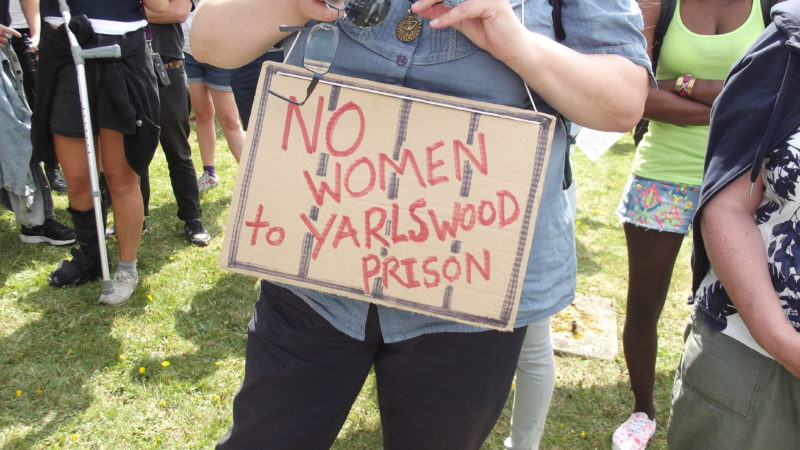 We wish we could be celebrating with you on this day, but we are not free to do so.

Women have made much progress in the past century since the suffragettes won the right for some women to vote. But a hundred years does not negate an entire history of women being treated at best as inferior and at worst as property. We have a long way to go. Today we celebrate what has been achieved, but we cannot take for granted the rights and freedoms that have been won.

Us women here in Yarl’s Wood did not anticipate our freedom would be taken from us, or the impact it would have.

We are on a hunger strike because we are suffering unfair imprisonment and racist abuse in this archaic institution in Britain. This is a desperate measure due to desperate circumstances. We feel voiceless, forgotten and ignored. We needed a voice and more importantly we needed someone to listen. We needed to be reminded that we are human beings because trust us when we say most of us are so dehumanised by this process of detention, and the way we are treated in detention, that you start to forget. We are refusing food because we are outraged at the treatment we endure by the Home Office, we are refusing food to demand our rights as human beings.

Our protest started on February 21, and is still going. In Yarl’s Wood we are on an all out strike, including hunger strike, a work strike and a refusal to use the health and legal services or the shop. Women in our group are of mixed backgrounds and religions but we all have one thing in common, we are detained indefinitely.

Even when the laws is upheld, the patriarchal-based society we live in does not guarantee equal rights to men and women. We are not judged as equals even today. Women still suffer gender bias in the work place, gender-based violence and so on.

That is why some people have come to the UK – they are escaping gender-based violence in their country of origin. Some because they married out of their cast and their families will not accept them; some because they face discrimination and violence linked to their sexuality. Yet they are being detained indefinitely, living with the fear of being deported back to these situations.

If the restrictions placed on women one hundred years ago should never have been, and today seem ridiculous, today, we should not be locked up because of our immigration status. One day it will be seen for what it is: an unjust abuse of human rights.

I invoke the spirit of the suffragettes to help me every day. I am detained, but like them I am hungry for freedom.