Property wealth has risen by 300% over the past 40 years while annual property taxes have fallen by 0.3%. 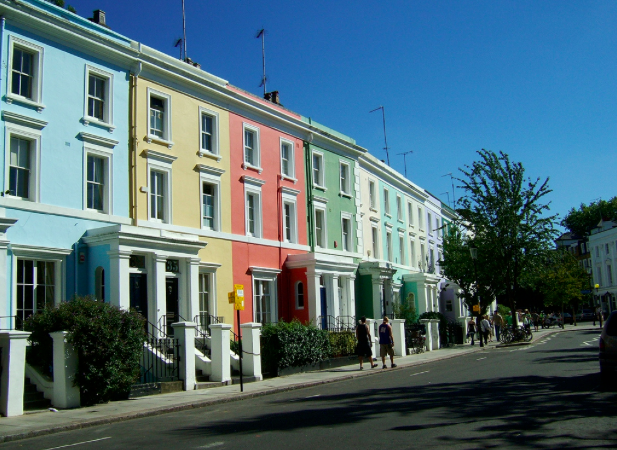 Council tax is as “regressive” as the poll tax and should be replaced with a new progressive levy on household wealth, a leading think tank said today.

While property prices and household wealth in the UK have ballooned in the past thirty years, council tax and other wealth tax revenues have remained largely flat – meaning households benefiting from booming prices haven’t been paying more, the Resolution Foundation have shown.

The situation has developed because, although councils do have different bands of council tax determined by property price, the bands are based on property prices in 1991 and, astonishingly, haven’t been updated since then.

Council tax is ‘highly regressive’ because the levy is, in many areas, almost a flat-rate, largely ignoring the wealth of those who pay it.

The Resolution Foundation research shows that since 1970 property wealth has risen by 300% while annual property taxes have fallen by 0.3%, as the graph below shows. 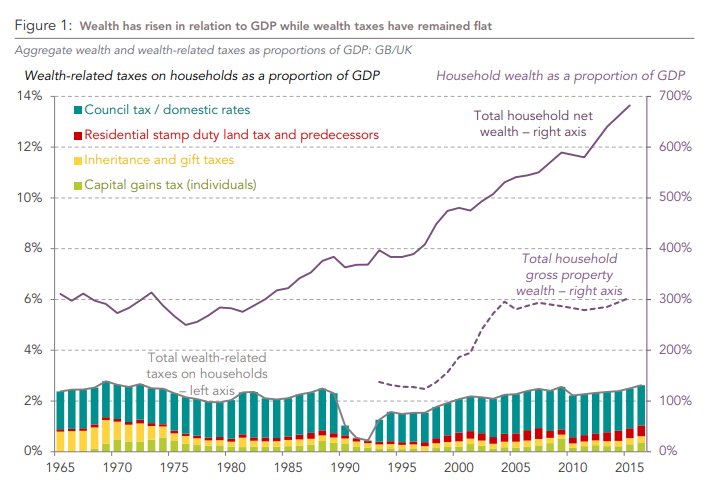 And council tax is leading to some huge disparities in taxation relative to wealth across the country.

Typical council tax in the North East is over 3 times higher relative to property values than it is in London, as the graph below shows: 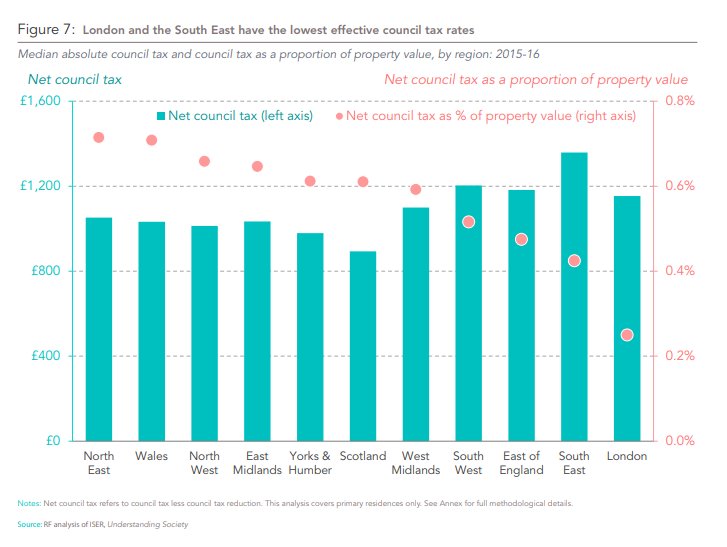 Laura Gardiner, one of the authors of the report, set out why the tax needed to be reformed:

“This is exactly the kind of result that opponents of the poll tax wanted to avoid and in stark contrast to income tax, which increases with incomes in a progressive way so higher earners pay a higher average tax rate.”

And the call to reform the tax couldn’t come at a more urgent time: councils are preparing to hike their rates by up to 6 per cent in many parts of the UK – which will push financially struggling households into further trouble.

One of the solutions could be a new progressive levy based on property value, which council tax largely ignores, the report argues.

Labour’s shadow communities secretary, Andrew Gwynne, hinted in February that his party might support such a radical shakeup, saying “council tax is broken. It is not fit for purpose.” Continuing:

Today’s report could be the radical solution Labour are looking for.