A new pamphlet sets out a bold, progressive vision for reforming the EU. Labour should embrace it - and start leading in Europe. 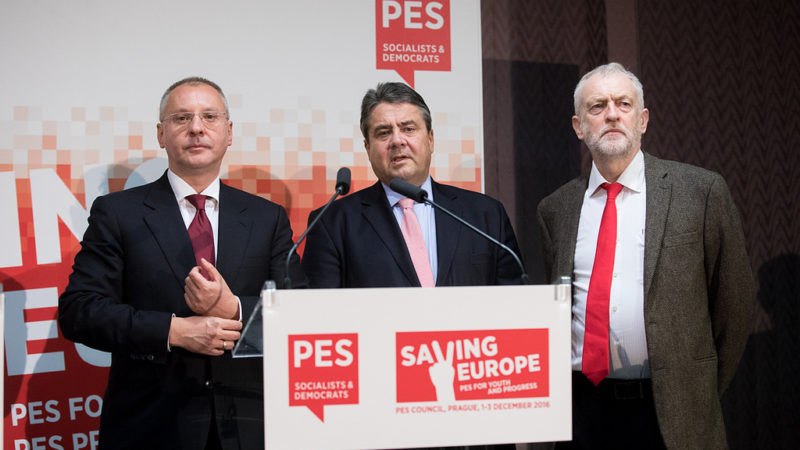 The referendum and the Brexit negotiations that have followed it have provoked an unprecedented national conversation about the UK’s relationship with the European Union: arcane but vital details about customs relationships, aviation treaties and data protection fill up newspaper articles and Prime Minister’s speeches.

But with all this focus on the fine details, there is a danger of losing sight of the larger political picture of the European Union and the ways it is changing. Whilst the government is caught up in the contradictions between what was promised by Brexit campaigners and reality, the Labour party in particular should be setting out an ambitious and progressive vision for the continent.

Jeremy Corbyn said at the launch of the Labour Remain campaign during the referendum that ‘by working together across our continent, we can develop our economies, protect social and human rights, tackle climate change and clamp down on tax dodgers.’

That was true then, and is even more true now. A new pamphlet from the campaign group Another Europe is Possible, called ‘The Corbyn Moment‘, shows that the European Union as a whole is currently engaged in a political debate about how to address each of these areas: whether it be new initiatives to tax multinational corporations and clamp down on tax havens, to improve workers’ rights, or to transition to a green zero-emissions economy.

Over each of these topics, the political forces inside the European Union are pushing for their priorities and vision to prevail, meaning the EU as a whole is at a cross-roads: will the European economy continue to be oriented towards austerity, or will it prioritise investment?

All of this is going on without the engagement of the UK in general, and without the active involvement of the largest socialist party in Europe – the UK Labour Party. The EU as a whole is already starting to feel the loss.

While the socialist government in Portugal is showing that there are progressive alternatives to austerity inside the eurozone, socialist parties elsewhere are in crisis and collapse: just look at what happened in Italy just last week, the state of the French socialist party, and the internal crisis of the German SPD – to mention only some of the largest EU countries.

The UK Labour party is held up in conversations across Europe as the example of bucking the trend: of a collapse in the support and membership of socialist parties. So it is little wonder that not only are socialist activists from throughout the continent looking for advice from momentum about renewing their parties, but many are also wishing that the Labour party would set out a vision which provides a future for European socialism, and does not limit itself to talking in an increasingly insular British conversation.

The manifesto of the UK Labour party at the last elections managed to engage millions across the country in a vision of a more equal and democratic future. As people see the details of what Brexit really means for the UK economy, society and democracy, such a future becomes ever more unbelievable.

But instead of national depression and resentment, we could set out an international European vision for a better society – something which would be cheered by those looking for an alternative across the continent.

This is what the ‘Corbyn moment’ for Europe could be – and it may be a once in a generation opportunity.

Niccolo Milanese is an author of ‘The Corbyn Moment‘ and is Director of European Alternatives.