Staying in the Customs Union could save millions of people's livelihoods in Africa, Caribbean and the Pacific. 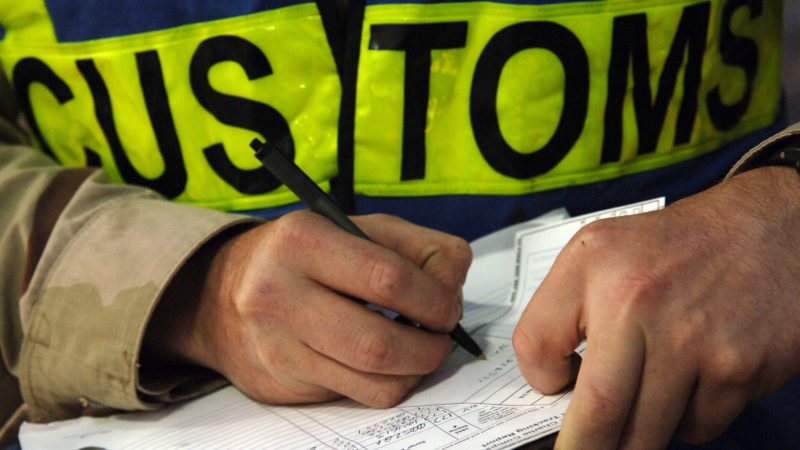 Since 23 June 2016, many of us have spent a lot of time trying to figure out what Brexit will mean for jobs, incomes and public services in the UK. But hardly any attention has been paid to what Brexit entails for the rest of the world. Yet the risks of a knock-on effect is very real.

When it comes to the poorest countries in the world we simply cannot afford to look the other way.

Beyond aid, the economic development of African, Caribbean and Pacific countries, known collectively as the ACP group, is underpinned by the EU trade policy. With the EU being the biggest trading partner of the ACP, and the UK one of the largest countries in today’s EU, any change to the trading relationship between the EU and the UK is bound to have consequences for the ACP.

This group of 79 countries, organised collectively by a series of international conventions, gathers the world’s largest number of least developed countries (LDCs). Its composition also reflects the colonial reach of Europe’s former empires, and most countries of the commonwealth are also in the ACP.

All of these countries benefit from preferential access to the EU market. Some, in particular the LDCs, are given access unilaterally through EU legislation. Some others have concluded bilateral or regional trade deals known as Economic Partnership Agreements (EPAs). All of these arrangements recognise, to a various extent, the imbalance in the relationship between North and South and are based on asymmetrical commitments – developing countries can exports to the EU but EU exporters face greater restrictions on ACP markets, so as to protect nascent industries there. Development funds are linked to these trade arrangements, which also include commitments in terms of respect for human rights, as well as social and environmental standards.

One could think that Brexit would have a limited impact on these trading arrangements. After all, the UK represents only about 13% of the total EU population. But trade flows between the EU and ACP countries are not equally spread between EU member states. Some countries like Kenya, Jamaica or Gambia are highly dependent on the UK market. In other countries, certain sectors live off their UK customers.

In addition, some of the goods destined for the UK market are currently first exported to other EU countries, as goods can move freely within the EU customs union.

Flowers from Kenya sold in the UK often go through an auction house in the Netherland before reaching us.

Looking at our exports, Brexit is also potentially bad news for countries struggling to develop their own production capacities. Goods that are currently traded between the UK and the EU would have to find other markets should Brexit result in trade barriers between the EU and the UK. This in turn would increase competition in ACP markets, and hinder the economic development of these countries. Agro-food products like poultry meat have been identified as particularly sensitive in this respect.

Any increase of the UK’s external tariffs towards ACP countries and sectors, but also towards continental Europe, could therefore be catastrophic. It is clear that this would happen with a hard Brexit, so if we leave the EU without a comprehensive trade deal in place.

But even a soft Brexit would result in some friction in UK/EU trade: customs check would be reinstated, external tariffs would differ, food safety standards may also diverge in time.

The UK government has suggested that at least some of these negative consequences could be avoided by adopting a similar legislation to grant unilateral preferences to some countries and rolling over the existing EPAs as UK deals. This could address part of the problem, but issues of trade displacement (when goods initially destined for EU/UK trade are sold in the ACP because of trade barriers between the EU and the UK) and ACP triangular supply chains (when a good sold in the UK is first processed in a EU member states) would remain dependant on the terms of the UK/EU deal.

But rolling over these EPA deals would not be straightforward. This would require the consent of the EU and the ACP countries – which could be achieved – but also that of the rest of the world, due to the way the World Trade Organisation (WTO) operates. One of the key WTO rules is non-discrimination. All third countries must be treated the same way. If post Brexit the EU treats the UK differently than the US or Australia, which would be the case if the EU allows the UK to replicate its own trade agreements with ACP countries, or gives the UK associate membership of the EPAs, then the US or Australia could attack these arrangement at the WTO and demand to be treated the same as the UK.

A number of other difficulties would also arise from the redefining of rules of origins to potential preference erosion should the UK pursue a much more liberal trade policy than the EU.

To all these challenges, there is only one sure solution: remaining in a Customs Union with the EU. Without frictions at the EU/UK border and with the same trading arrangements towards ACP countries, we can guarantee that Brexit would have no negative impact in the global South. Any other option would carry real threats for the poorest countries in the world.