Up to 65,000 small companies are completely unprepared for trade outside the single market, this new report warns. 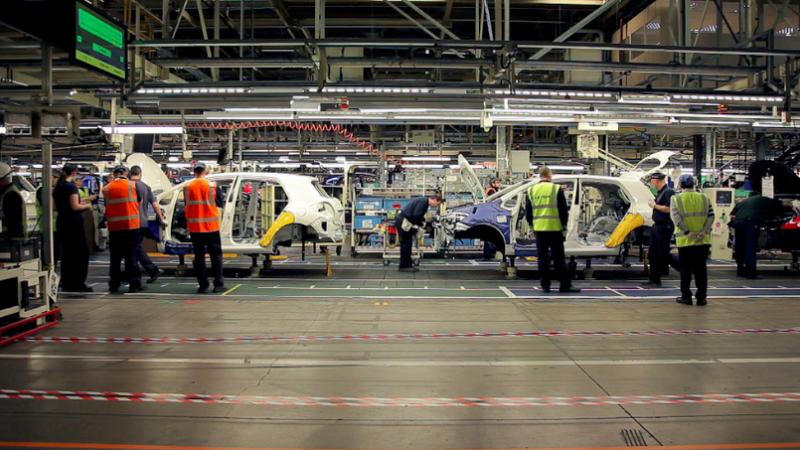 Three quarters of the impact from hard Brexit will fall on just five sectors of the UK economy, a new report has warned, putting tens of thousands of jobs at risk.

UK businesses will face extra ‘red tape’ costs of £27bn in export tariffs if the UK crashes out of Europe, the report by consultancy firm Oliver Wyman and law firm Clifford Chance.

With the brunt of this £27bn (70 per cent) falling on five sectors of the UK economy: financial services, cars, agriculture and food and drink, consumer goods and chemicals and plastics.

And UK businesses face greater risks post-Brexit than their EU counterparts. The report warns that although EU firms will also suffer new additional costs, businesses in Europe are ‘better positioned’ to mitigate the impact.

The extra ‘red tape’ costs will fall on businesses in certain regions of the UK harder than others. London will be most affected due to the impact on financial services in the City. But Wales, the North East and Northern Ireland will also be hit hard.

And tens of thousands of jobs may be at risk. The report warned that smaller companies weren’t prepared for the extra costs that may be about to hit them. Kumar Iyer, partner at Oliver Wyman, said:

“We see the best prepared firms taking hedges now based on the direct impacts on themselves… unfortunately, we see that small firms are least able to take these steps.”

Even amongst big business players the impact could be severe. The Bank of England previously warned that about 10,000 finance jobs may leave Britain by the end of next year because of Brexit.

A massive 65,000 small and medium sized UK companies trade only within the EU currently, the report found – meaning these firms will face new tariffs or the completely unchartered territory of trade outside of the single market post-Brexit.

“These firms have little or no experience handling the barriers arising from cross-border trade”, reads the report, continuing: “small firms that today have no non-EU trade will need to establish and run processes that are entirely new to them.”

“Failing to prepare is preparing to fail. Given the difficulty of knowing exactly what turbulence lies ahead many businesses are putting Brexit in the ‘too hard’ box.”

And with so many UK businesses utterly unprepared for Brexit, thousands of jobs are being put at risk.