No party has managed to persuade the public that they have a clear plan for Brexit, according to new BMG polling for Left Foot Forward. 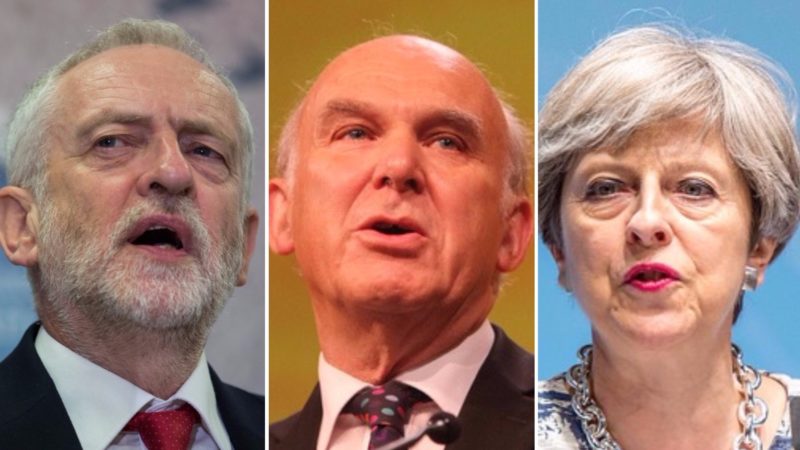 It would seem parties are committed to hiding their real views on Brexit, as new BMG Research polling for Left Foot Forward reveals voters are in the dark on the three main UK parties’ stances.

The polling reveals 54% of voters say Labour’s position is unclear – with just 25% saying it’s clear and 23% ‘don’t know’. The 54% figure is unchanged from January, despite Labour’s commitment since then to stay in a customs union.

Even young people are split on Labour’s stance, with 35% saying the party’s position is clear, to 35% unclear (30% simply don’t know).

And 36% of Labour voters themselves say their party’s stance is not very clear or not clear at all.

But it is Leave voters who are most confused at Labour’s position: 68% of Leave voters say Labour’s Brexit policy is unclear (including 35% who say it’s ‘not clear at all’). Compare that to 54% of Remainers who think Corbyn is unclear on the issue, to 32% who disagree.

Perhaps the ambiguity has helped the party…

Voters are more certain about the Conservatives’ stance on Brexit – but the figures aren’t exactly inspiring for May. 44% of people say their position is unclear, to 37% clear (19% don’t know). The 44% stat is within the margin of error of the 46% who said their stance was unclear in January.

And a fifth – 20% – of Tories believe their own party’s position is unclear, while 78% think it is clear.

But the figures are perhaps most disconcerting for the Lib Dems: 49% say Lib Dem stance not clear, to 26% who think it is, and 26% who don’t know. Again, the number who think their position is clear is unchanged from January.

For a party that likes to talk about the 48%, these numbers don’t make for pretty reading…

“This polling makes clear that both Labour and the Conservatives need to be more honest with the public about the trade-offs and challenges posed by Brexit.

“That means being absolutely clear about what their position is, what the costs would be and which parts of the country, and which sectors of our economy, would be worst affected. It is not good enough to keep pretending we can have our cake and eat it.

“Brexit is a much more difficult, costly and complicated process than anyone could have known for sure during the referendum. As new facts about the reality of Brexit come to light, people are entitled to keep an open mind about whether it’s the right path for the country.”

Labour MP Chuka Umunna, whose constituency of Streatham in South London had the largest Remain votes in the 2016Brexit referendum said:

“Labour made an important move in committing to continue to fully participate in the Customs Union, putting some red water between our position and that of the Tories. But, as the TUC have indicated, we need to go further and do this in respect of the Single Market as well.
“If last year’s elections taught us anything, it is that you can win the argument if you have the courage to make it, which is what we did on austerity. We must now do the same on Europe if we are to stay true to our progressive values.”

Which party will be the first to convince voters it has a fully-formed plan for (or against) Brexit?