With exactly one year until Brexit Day, huge questions remain about how the lives of EU citizens in the UK will be affected. 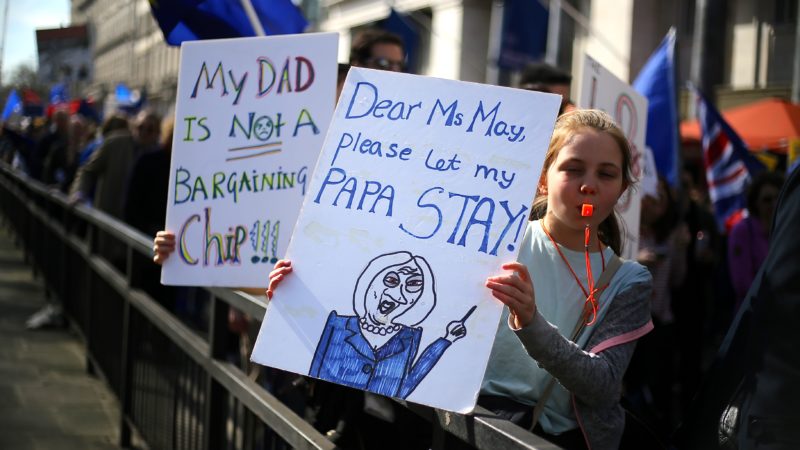 The European Parliament’s EU Citizens’ Taskforce, of which I am a member, has requested a meeting with the European Council’s President Donald Tusk to outline our concerns. Here are just a few of them.

In recent months, the UK Government has regularly posted updates to its website and social media channels which suggest that citizens’ rights is a done deal. The truth is that – while the UK and EU finally came to an agreement on the citizens’ rights section of the draft Withdrawal Agreement on 19th March – Michel Barnier has again reiterated that “nothing is agreed until everything is agreed”. And while the two sides have reached a consensus on a number of key points, the text also contains some gaping holes and major areas of concern.

The 1.2 million British people living in the EU have particular reason to be worried.

I have joined a group of British MEPs, from across party lines, asking David Davis for clarification on this. Will UK citizens in the EU27 continue to be able to move freely across Member States, or not?

The deal on the table has not concluded on whether professional qualifications earned in the UK will be recognised in the EU, and vice versa. This could affect lawyers, architects and anyone else living in one EU country but providing services in another. The same goes for providing services across Member States, leaving Britons involved in transnational EU business worse off than they were before Brexit.

It’s a devastating development that UK citizens living in the EU will not automatically be able to bring their EU spouse to the UK, as is possible now. And, alarmingly, young children of widowed EU and non-EU couples where the surviving parent is non-EU could also be caught out by the new rules.

But perhaps the biggest cause of anxiety for UK nationals in the EU is that we simply don’t know how other Member States will respond to the UK’s new immigration landscape. While EU nationals in the UK receive the occasional update from the Government about the next steps required (although often sketchy on the details and subject to change), Britons in the EU27 are essentially operating in the dark.​
​
Practical problems

Of course, it’s not all rosy for EU nationals in the UK. They are also potentially set to lose a host of rights – from the current right to bring future EU partners to the UK, to the right to vote in local elections. They will also become exposed to Theresa May’s “hostile environment” policies, which are currently preventing so many third country nationals from accessing NHS healthcare, opening bank accounts or renting a home.

However, EU nationals living in the UK are also likely to face another obstacle: the Home Office’s notoriously accident-prone administrative system. It has been agreed that they will need to register for a new ‘settled status’. And, as the political commentator Ian Dunt has calculated, the logistics of this project will be extraordinary.

There are currently 3.7 million EU citizens and tens of thousands of non-EU partners in the UK. The Home Office target is to make an initial decision on 98% of these cases. To achieve this they will have to process around 5,000 people every day, for two years. If even a small proportion of applicants are rejected by the system, the blockage could spiral out of control in hours. The potential for chaos is
enormous.

At the moment, the Home Office is designing an app to allow people to register. The plan is for it to be as simple as possible. However, this use of technology could prove a challenge for vulnerable groups such as the elderly or disabled. We need assurances that those who need it will have help from the UK authorities.

There is also the complex matter of legal redress for EU nationals in the UK. According to the draft agreement, the UK’s courts will only be able to refer cases to the European Court of Justice for eight years after transition. The UK is also required to set up an “independent authority” to act on complaints from EU nationals, but there is no guarantee this will be truly ‘independent’.

Given the Government’s obsession with cutting net migration, this could easily become part of the machinery of the “hostile environment”.

So, while the UK and EU have found a compromise on some of the core issues, the matter of citizens’ rights after Brexit is by no means settled. If we hope to secure an outcome that works – both legally and practically – this topic needs to be ring-fenced so that it can’t be used as a bargaining chip in other aspects of the negotiations. And as long as both sides keep asserting that “nothing is agreed until everything is agreed”, citizens’ rights remain in limbo.

There is now just one year to ensure that negotiators get this right. Rather than patting themselves on the back for finally making some headway towards an agreement, the Government needs to act now so that EU nationals in the UK and British nationals in the EU27 don’t wake up on 30th March 2019 with their freedoms and protections significantly reduced.