The new international development Secretary and arch Brexiteer Penny Mourdant has already pledged that aid will only be given in the “national interest”. 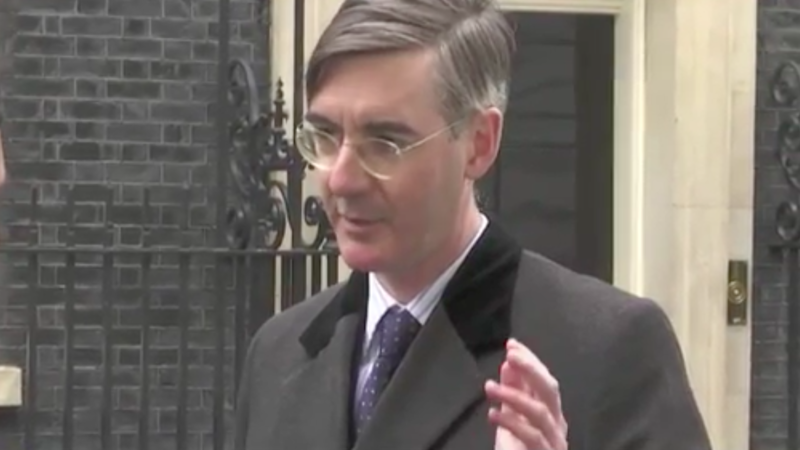 The photo of Jacob Rees-Mogg outside Downing Street on Friday brandishing a petition to cut overseas aid was one of the most obscene tabloid front pages this year.

It is hard to think of a picture more offensive than a privileged multi-millionaire fronting a campaign to take money away from the world’s poorest.

If the front page itself was obscene, its timing was grotesque. Shortly afterwards came the news that more than 100 workers from leading British humanitarian charities have been accused of sexual assault in the past year.

This tragedy around Oxfam looks set to become the latest line in the argument to cut overseas aid.

To understand the significance of this moment, we need only look into our recent political history. If politics is fought on battlegrounds, the territory of the past few years has been migration.

As the result of the Brexit vote came in, it was clear those of us who value migration as a force for good must accept that we are losing that battle. We have not effectively communicated our belief in Britain as an outward looking, compassionate nation, or the rich benefits that brings.

Our failure has left the next battlefield – foreign aid – unprotected.

It is more important politicians do not pander to the far right over aid, in the way that they did over migration.

The sacrifice of free movement that is now being made by parties of both the Left and Right, and comes after a decade of concessions and appeasement of those who scapegoated migrants.

The same must not be allowed to happen over aid. Just as cutting migration will not save our public finances, nor is cutting foreign aid the silver bullet Rees-Mogg would have us believe.

The battleground has already been prepared by the new international development Secretary and arch Brexiteer Penny Mourdant who has pledged that aid will only be given in the “national interest”.

It comes after the IFS warned that more and more aid is already being diluted with a quarter being diverted through other departments.

With Brexit on the horizon, extreme Brexiteers are surely licking their lips. Of the money the UK pays to the EU, about £1billion comes from our foreign aid budget.

This will no doubt be seen as an easy target, despite the fact that this aid money goes on humanitarian work and on emergency responses to world crises.

But the main countries receiving aid, whether it comes through the EU or not, lie outside the EU. They include Syria and South Sudan – where millions are facing starvation and displacement through war.

In a bid to confuse, Brexiteers focusing on countries like India and Pakistan, with space programmes and nuclear arsenals, arguing they shouldn’t receive humanitarian assistance.

But this conveniently ignores the real nature of the aid given through projects and initiatives aimed at strengthening strategic partnerships that facilitate trade and boost business.

When compared to what could be saved by scrapping the white elephant of Hinkley C nuclear plant, the reckless spending on HS2, the needless renewal of Trident, and the destructive subsidies of fossil fuels and the arms trade, a cut in the overseas aid budget pails into insignificance.

We are the sixth most generous in the world – yet to put it into perspective, we still only spent 70p of every £100 on helping those in other countries.

Despite this small size overseas assistance is already the most heavily scrutinised part of Government spending, with oversight from the International Development Committee, the National Audit Office and the Independent Commission for Aid Impact.

To capitulate on aid would be to concede that we should be making the world’s poorest foot the bill for the profligate and needless waste in our own country.

It would also give into the same agenda which views people born beyond our borders as less valuable those born within them.

It is this view which has already seen our country turns its back on child refugees in Calais, make our hospitals and schools into border checkpoints, plunges those seeking asylum into destitution, and makes us the only country in Europe to continue the barbaric practice of indefinite detention.

In the tragedy that surrounds Oxfam, the Government is certainly in no position to lecture anyone about “moral leadership”.

Aid isn’t about charity and benevolence – it’s about basic rights. We are citizens of the world whether the Prime Minister accepts it or not.  We have a moral obligation not to turn a blind eye to injustices we can redress.

And we owe the world a debt for what we have taken from it – whether that be through our contribution to climate change, fuelling conflict through arms sales or using our power and wealth to plunder valuable resources through unfair trading arrangements.

Politicians must step up and mount the case for aid. There is no more room for compromise – aid is the battlefield and it’s time to pick a side.

Jonathan Bartley is co-leader of the Green Party and tweets here.

5 Responses to “Tory hardliners will use the Oxfam tragedy to try to cut oversees aid. We can’t let them”