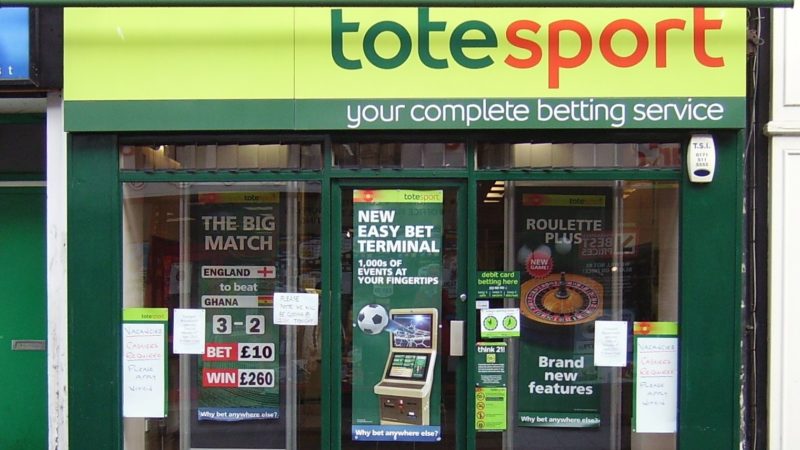 Last month, the government closed its consultation on tightening the regulation of Fixed Odds Betting Terminals – the so-called ‘crack cocaine of gambling’ that has seen a proliferation of betting shops around the UK, particularly in our poorest areas.

It’s no wonder they’ve spread: last year £1.82 billion was lost on the terminals last year. Bookmakers’ shops are allowed a maximum of four: what you might call a licence to print money, and in some places there’s “clustering”, where several shops of the same big brand are found in a small area of high street.

“Don’t worry,” say the bookmakers, “we’re looking after our customers, and making sure they don’t get into trouble.”

That claim was laid waste yesterday, when William Hill was hit with a  £6.2 million fine by the Gambling Commission for failing to do that, as well as breaching anti-money laundering regulations.

That follows an even bigger fine last year for 888.com for failing to protect vulnerable customers – including more than 7,000 who had asked for their accounts to be blocked.

This while there’s strong evidence that bookies have concentrated in poorer areas, which can ill afford these massive sums being pulled from communities – money that might have been spent locally with small businesses and on essentials for families.

A study in 2012 found that the 50 constituencies with the highest unemployment rates had four times the number of betting shops as the 50 with the lowest.

This is a tax on desperation. In cities and towns where most jobs are minimum wage and insecure, where families struggle to put food on the table and keep a roof over their head, the thought that one ‘big win’ can transform your life, at least for a while, is understandably seductive. The ‘buzz’ of a win might be the only prospect of such an adrenaline boost.

Problem gamblers – there are more than 400,000 in Britain – can be found in every community, with millions of spouses, partners, children and others affected. But the impact is most devastating among the most vulnerable.

We know the government is rather busy, with parliamentary time tied up in the enormous mess of Brexit, but action in this broadly supported area is clearly past due. It’s also very easy for the new Digital, Culture, Media and Sport (DCMS) Minister Matt Hancock to take.

His appointment last month was welcomed by the gambling industry. But he could really make his name by ‘doing a Gove’.

Just as Michael Gove has taken a couple of surprising, sensible, evidence-based decisions in his environment role, Hancock could gather a lot of good publicity for himself – forget the Matt Hancock app – by taking the obvious step.

The headline of the FOBT consultation was a promise from the government to reduce the maximum stake, to somewhere between £2 and £50. That’s quite a range – but many submissions, including those of 93 councils, and, perhaps politically significantly, the Tories’ partners in government the DUP, called for the £2 figure.

No parliamentary time is needed for this step. A simple decision but Matt Hancock could bring in the £2 limit – and instantly reduce the damage being done to vulnerable people and communities.

Of course the industry says some its shops will close if this happens. That’s a cost, in business rates and some lost jobs.

But the cost – both financial and human – of inaction is clearly far higher.