And just 2% think university staff are to blame for the industrial action, a YouGov poll found this morning. 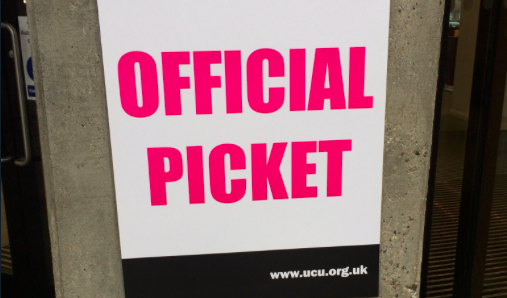 As university staff across the country walkout this morning protesting proposed changes to their pensions, they can take heart from the fact that they’re supported by their students.

Lecturers and other staff at 64 universities began the first of 14 days of strikes today – affecting more than 1 million students who will see lectures and tutorials cancelled and other general disruption over the next four weeks.

But a poll released today by YouGov for the Universities (UCU) and Colleges Union found students generally support staff in the action:

The university staff are walking out over proposed changes to their pensions, which, according to the UCU, will leave the average lecturer £10,000 worse off in retirement — and some could lose up to £200,000.

The universities’ representatives – Universities UK – are seeking to push through the changes and have refused to negotiate with staff, the UCU said.

And staff overwhelmingly support industrial action: 88% of members of the UCU who voted backed strike action with a turnout of 58%.

“This poll shows it is quite clear who students think is to blame for the strikes at universities. We have been overwhelmed by the support we have received from students and want to assure them we are doing all we can to get this dispute resolved.

“The universities’ refusal to negotiate with us has caused this mess and they owe it to students to start negotiating properly. We are happy to meet directly or through a mediator, as suggested by the National Union of Students.”

The strike is set to continue for the next four weeks and staff will strike for a total of 14 days.