Every year, between 500 and 700 children are being denied their fundamental human right to a fair trial in Israel. 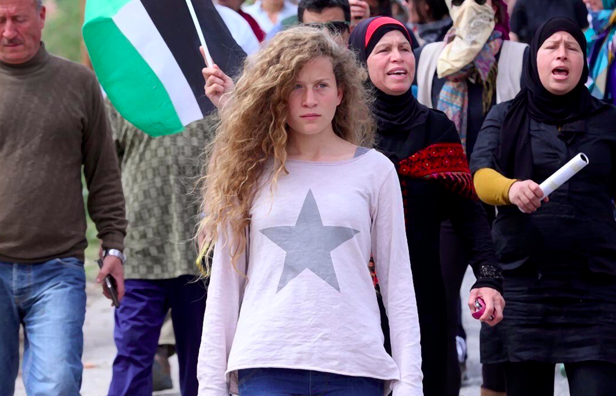 Press freedom is of paramount importance and justice, where served, must be done so in public. Two principles essential to the functioning of a thriving democracy. Or, to paraphrase the ‘people’s lawyer’ and the first ever Jewish man to sit on the U.S. Supreme Court, Louis Brandeis; ‘Publicity is justly commended as a remedy for social diseases while sunlight is said to be the best of disinfectants.’

It’s chilling then, that the judge in the case of Ahed Tamimi, the Palestinian teenager charged with slapping an Israeli Defence Force soldier, has banished the press from the Israeli Military court in which she is standing trial.

An institution rigorously committed to delivering fair and impartial justice does not conduct its business in the dark. But for Palestinian children, so-called ‘justice’ at the hands of the Israeli state has never, in reality, pretended to be fair or impartial.

Last year was the worst year on record for crimes against Palestinian children. Israeli forces killed 14 Palestinian children in 2017, with another child dying from injuries they sustained in an Israeli government drone attack on the Gaza strip three years previous.

The United Nations Office for the Coordination of Humanitarian Affairs reported that at least 961 children had suffered injuries at the hands of Israeli forces.

It took only four days of the New Year before Israeli forces shot and killed their first Palestinian child of 2018: Musab Al-Tamimi, aged 17. The victim is from the same family as 16-year-old Ahed Tamimi, who was arrested in December.

Ahed’s mother and other (female) members of her family were also arrested. Ahed is the only one that remains in detention, though.

Generations of Palestinians have been born into occupation. Their parents and their parents before them, have lived under what many recognise as an apartheid regime. Israel is the only country, and self-proclaimed modern democracy, in the world that prosecutes, detains and convicts children in military courts.

Every year, between 500 and 700 children are being denied their fundamental human right to a fair trial in Israel.

‘Stone-throwing’ is the charge on which most children are arrested. Isreali forces usually carry out arrests in the middle of the night and at gunpoint.

Once detained, children face shocking treatment: the overwhelming majority (96%) are interrogated without their lawyers or family present; locked away in solitary confinement, and; forced to sign confessions, despite pleading their innocence — often in Hebrew, a language which they cannot understand (38%).

Almost three-quarters (74.5%) endure some form of physical violence while more than half (62%) experience verbal abuse, intimidation, or humiliation by Israeli authorities following their arrest and during their detainment.

Children can be held for months at a time without charge and denied visit from their families for undisclosed reasons.

A UK Government report, Children in Military Custody, published in 2012 found that the Israeli military detention system violated at least six articles under the UN Convention on the Rights of the Child (UNCRC) and two under the Fourth Geneva Convention.

The UNCRC states that children should not be deprived of their liberty unlawfully or arbitrarily; and the arrest, detention or imprisonment of a child should only be used as an absolute last resort and for the shortest period of time necessary.

Israel ratified the UNCRC in 1991. It is understood, however, that at least 8,000 Palestinian children have been arrested and detained by Israeli authorities since 2000.

To live as a Palestinian child is to live in a fog of fear. Even going to school — a simple privilege we all take for granted — has become a deadly daily challenge.

Last year, UNICEF provided more than 8,500 children and teachers in Area C of the West Bank with protective accompaniment on their way to and from school, just to keep them safe from harm.

Israeli soldiers all too often enjoy impunity for their crimes against Palestinian children. In recent years, only one incident — the fatal shooting of Nadeem Nawara, 17, in May 2014 — has resulted in both an investigation and indictment.

All many Palestinian children have known is the oppression and fear that comes with being a second-class citizen in their own country. It is hardly surprising that they are fighting back, in the only, small, ways available to them.

She didn’t set out to be, but Ahed Tamimi has become a brave symbol of this resistance. Given the choice, I am sure Ahed would rather enjoy the simple liberty of a happy and safe childhood.

The freedom and fundamental rights, and safety, of children, irrespective of their religion or race, beyond political conflict, should always be paramount.

I will continue to use my position on the European Parliament’s Delegation to Palestine to continue to shine a light on, and fight to end, the injustice and illegal detentions suffered by Palestinian children at the hands of the Israeli state.

Keith Taylor is the Green MEP for the South East of England. He tweets here.