And opposition parties can now unite to defeat the hard Brexiteers that would put this at risk. 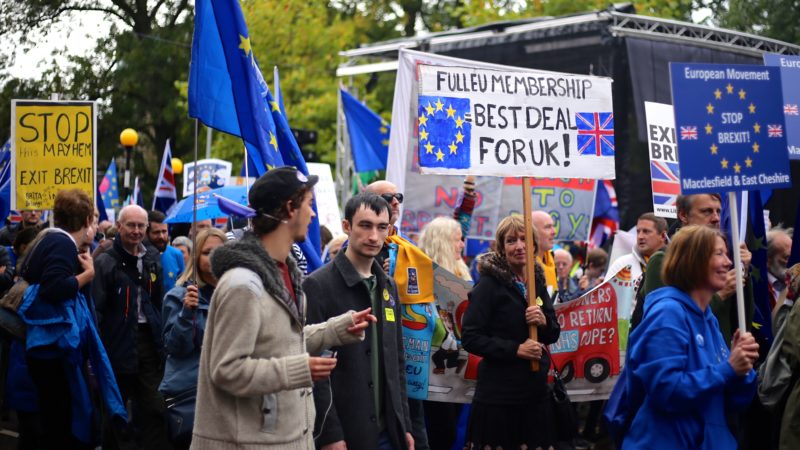 The central point of Jeremy Corbyn’s Coventry speech yesterday was that, even if we Brexit, Britain needs to stay in a customs union with the EU. Not to do so would destroy jobs and harm the economy.

Many people assume that this is simply about frictionless trade with the EU, our main trading partner by far, and our neighbouring countries.

In fact, it is also about trade with the rest of the world. Leaving the customs union would mean leaving many existing trade deals with countries across the world that we negotiated as part of a Europe of 500 million people – deals that we cannot easily replicate, let alone improve on, negotiating separately as Britain.

Moreover, staying in a customs union would help avoid a hard border between Northern Ireland and the Republic of Ireland.

This would not only reduce the economic impact of Brexit on the island of Ireland, it would also avoid undermining the legacy of peace created by the Good Friday Agreement – one of the most widely welcomed achievements of the last Labour government.

There can be no doubt that there are now clear differences between what a Labour negotiating team would be seeking to achieve, were we in government, and the chaotic costly, ‘having-your-cake-and-eating-it’ proposal that emerged from the squabbling Cabinet meeting at Chequers last week. (An Eton mess?)

Some have claimed that Jeremy was less than forthcoming on the single market, but he was clear:

“Labour would seek a final deal that gives full access to European markets and maintains the benefits of the single market…with no new impediments to trade and no reduction in rights, standards and protections.”

This would require full alignment with the rules of the single market (in essence the single market is a set of rules that all participants agree to abide by to avoid barriers to trade, ensure an even playing field and avoid market excesses).

So there would be no threat to the workers’ rights that Labour seeks to protect (paid holiday, entitlement to parental leave, for example), nor to the environmental and consumer protection standards that we believe should be upheld.

Jeremy said that: “we would also seek to negotiate protections, clarifications or exemptions where necessary in relation to privatisation and public service competition directives” to ensure that a Labour government would be able to implement its manifesto pledges.

In fact, as several studies have shown, no such exemptions are needed to carry out Labour’s manifesto – nationalisation, for instance, is perfectly possible (and indeed common in other European countries) – so this caveat is just a precaution.

There is probably a far higher degree of unity in the Labour Party on this than some are saying.

This speech has not only laid down the gauntlet to the government to get their act together, it has in effect laid down extra red lines in addition to the six tests set at the end of last year as to whether Labour MPs will support the final withdrawal deal when it is presented to them:

Most, if not all of these tests, the government are unlikely to meet. That in turn will mean that Labour will be opposing a costly, chaotic, job-damaging and rights-stripping, Tory Brexit deal.

No doubt the other opposition parties will do the same, and perhaps some of the more sensible Conservatives. If so, we would be protecting Britain from a bad deal, but we would also be faced with a question as to what to do next.

Labour should rule nothing out at this stage. In these turbulent political times, we will need to be able to adapt to whatever circumstances we find ourselves in.

Such a defeat for the government might provoke the early general election that we so much desire. It might not. A dozen scenarios can be imagined, but we will have to focus on the overriding national interest, especially if we assume the responsibility of government.