A weekend at the British Library looked back on half a decade of incisive, groundbreaking and sometimes controversial video journalism. 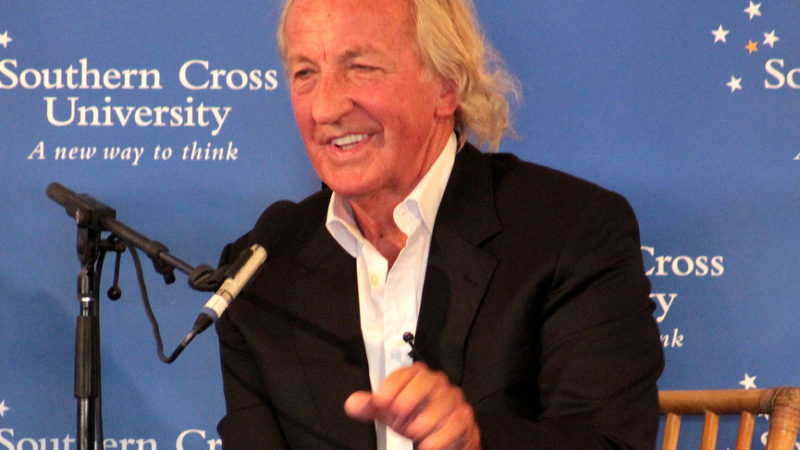 A desire to inform, affect and change society has been central to John Pilger’s work since the release of his first documentary, The Quiet Mutiny, in 1970.

The film, dealing with the Vietnam War, was broadcast as part of ITV’s investigative World in Action series, founded by the late Tim Hewat and commissioned in order to meet ITV’s remit for public service television. The programme stood apart from its parallel Panorama, offering viewers documentaries that were far removed from the paternalism of the BBC. Fast cut with interviewees talking directly to the camera, the series was described by Gus Mcdonald, its producer, as “born brash.”

The British Library recently acquired Pilger’s entire digital archive from the University of Lincoln and hosted a weekend in celebration of his documentary work. The archive, collated by Dr Florian Zollmann, Contains over 1,500 news articles alongside his films and radio broadcasts.

The Quiet Mutiny covered the revolt of American troops conscripted from the anti-war generation. The documentary, which also detailed deaths by friendly fire, pushed back against the sanitised view of the ‘television war’ so effectively that after it was broadcast it drew the attention of the regulator, the Independent Television Authority, following a complaint from Walter Annenberg, the United States Ambassador to the United Kingdom (1969 – 1974).

Pilger recalled that Sir Robert Fraser, the director of the Independent Television Authority met Granada executives, and furiously banged the desk, describing him as a ‘a bloody dangerous subversive’ and ‘anti-American’ – such was the power of facts that disrupted the mainstream narrative.

Highlighting the power of documentary, Pilger also referred to the 1965 film The War Game by Peter Watkins. The film had been commissioned by the BBC and highlighted the fallout of nuclear war. However – despite the BBC’s mission ‘to enrich people’s lives with programmes and services that inform, educate and entertain’ – the broadcaster decided that Watkins’ film was ‘too horrific for the medium of broadcasting’. The film would not be shown on television until 1985.

The weekend at the British Library offered a hand-picked selection of films by Pilger and – equally interesting – his key influencers, like Edward R Murrow’s Harvest of Shame, a 1960 film highlighting the plight of migrant workers.

In the The War You Don’t See, Pilger turns his camera to the media itself and its coverage of war. He offers a history of embedded and ‘independent’ reporting, alongside interviews with journalists from the BBC and ITV.

As internet streaming rises in popularity, the documentary continues to be a successful genre, with Netflix and Amazon Video both looking to invest in original work. Highlighting the power of the documentary, John Pilger reminds us we must never seek comfort in silence over unspeakable truths.

Huseyin Kishi is a member of the Green Party and a media reform activist. He can be found on Twitter here.