As the MoD launch plans to flog off their fire service, unions are warning another Carillion-style collapse could be round the corner. 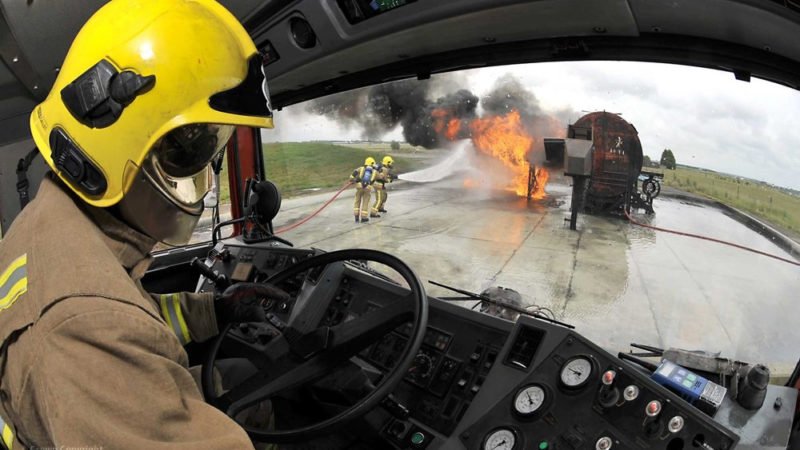 Another day, another sell-off. The Carillion fiasco was a tragedy – but now it’s becoming a farce.

Today – within weeks of Carillion going under – shares in another outsourcing giant, Capita, took a plunge. A 40% plunge, in fact, following a dramatic profit warning from the company.

Capita has some very significant public sector contracts – from tagging prisoners, to running the jobseekers allowance helpline and administering the teachers’ pension scheme. It runs London’s congestion charge and our BBC license fee.

As such, there would be major ramifications if it went under.

Whatever your issue with the public sector, we know one thing: it can’t really go under. It can’t go bankrupt, it won’t collapse, and there are real, guaranteed mechanisms of scrutiny and accountability – with everything from the National Audit Office to the Public Accounts Committee, the Freedom of Information Act to elections.

As we know, Carillion’s liquidation was preceded by several profit warnings – the first of which was in July 2017. So the warnings about Capita (or ‘Crapita’, as Private Eye deem them) are concerning to say the least.

More concerning though is that the company are going after more government contracts – with one in particular keen in its sights.

The Ministry of Defence are planning to privatise its firefighters and defence workers. The bidders? Serco and…you guessed it: Capita.

As Unite the Union note, the MoD’s firefighters and defence workers are employed in both civilian and military roles, and are responsible for ensuring the safety of the UK’s military bases both in the UK and abroad. There are between 1,500-2,000 workers affected by the privatisation policies.

Capita aren’t the only risk factor in this sell-off. The other bidder, Serco, were previously barred from bidding for government contracts following a Serious Fraud Office investigation which found the company had wrongly billed the government for the electronic monitoring of prisoners who were dead or behind bars.

“These workers undertake absolutely essential work in protecting MoD buildings, equipment and munitions. The prospect that these workers could swiftly find themselves in the same position as Carillion workers on outsourced public sector contracts does not bear contemplating.

“This is a contract which should never ever have been considered, let alone tendered. The primary motive of private companies is to make profits. This can only be achieved on this contract by cutting personnel, pay, workers’ conditions or reducing the level of cover for MoD sites. All of these options are entirely unacceptable.

“Rather than outsourcing essential public services the government should be bringing all its outsourced contracts back in-house.”

Unite are not alone in demanding this: the TUC have joined the government’s task force on Carillion – and say Carillion’s public-service contracts must be brought back in-house ‘to ensure consistent delivery and certainty for workers’.

But they are also demanding an urgent risk assessment on other large outsourcing firms to avoid another crisis – and a moratorium on future outsourcing.

Our public services are too important to be left to capricious market winds. Let’s call time on outsourcing – at least until we have stronger scrutiny mechanisms in place.

The dangers of carrying on as if everything is normal are too great to think about.

5 Responses to “Privatising while Rome burns: Why we need a moratorium on outsourcing”