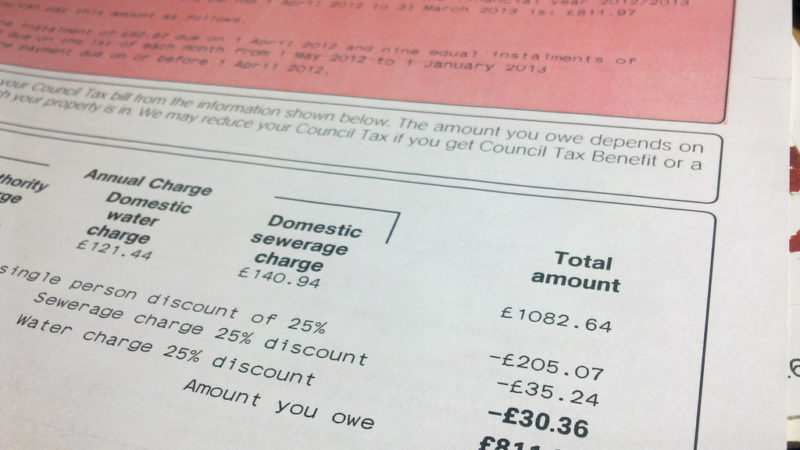 18% of prison sentences for council tax debt are unlawful, a court has said.

Around 100 people are jailed each year in England and Wales for ‘wilfully’ failing to pay council tax. In many cases people do not pay because they simply cannot afford to.

A judgement handed down by the High Court in Cardiff yesterday outlined that individual errors in council tax non-payment cases may mean that between 9.5% and 18% of these committals to prison for debt are unlawful.

A year ago today, single mother Melanie Woolcock was released from prison after 40 days, when a judge ruled her 81 day sentence – for accruing around £4,700 of council tax debt which she could not afford to pay off – was unlawful.

Woolcock, of Porthcawl, Wales, had been unemployed after working part-time in addition to caring for her school-age child and assisting with the care of an elderly neighbour when she fell behind on her council tax payments.

She was arrested by bailiffs in 2016 despite days earlier making a payment towards her outstanding debt.

In a court statement, she explained she had struggled to make the payments because she prioritised paying rent, gas and electric bills, and buying food. She was suffering from depression at the time.

Assisted by legal charity the Centre for Criminal Appeals, Woolcock launched a judicial review following her release, to make sure the same thing did not happen to other vulnerable people, alleging that systematic failings have led to high rates of unlawful imprisonment for council tax debts.

Analysis yesterday by Lord Justice Hickinbottom’s of 95 individuals sent to prison between April 2016 and July 2017 found that between 9 and 17 individuals will have been sent there unlawfully because the court ordered repayment over an excessive window of time.

The court found that individual errors were to blame for the high number of mistakes and stated that oversights made by a proportion of magistrates in council tax cases does not amount to a systematic deficiency.

Woolcock had argued that the entire system of council tax imprisonment is inherently unlawful, because it is so flawed.

“The price of ignorance in these cases is simply too high. The judgement has exposed some deep failings in the council tax system.

The toll of being sent to prison unlawfully cannot be overstated and more must be done to protect society’s most vulnerable from needlessly losing their liberty.

Poverty is not a crime and our judicial system needs to do more to acknowledge this.”

Barrister Cathryn McGahey QC arguing on behalf of Woolcock placed the number of unlawful committals to prison a year at a much higher figure of 52%. She alleged that incorrect means assessments, or an erroneous judgement that failure to pay was because of ‘culpable neglect’ or ‘wilful refusal’ are additional reasons why such imprisonments may be unlawful.

The court acknowledged that “Ms McGahey appears to be right to condemn the relevant magistrates (and their legal advisers) as being ignorant of well-established law”.

The judgement suggests that further training and guidance may be issued to legal advisors and solicitors to address these problems.