Like May and Gove, Johnson is limbering up for a green rebrand – here's his actual record. 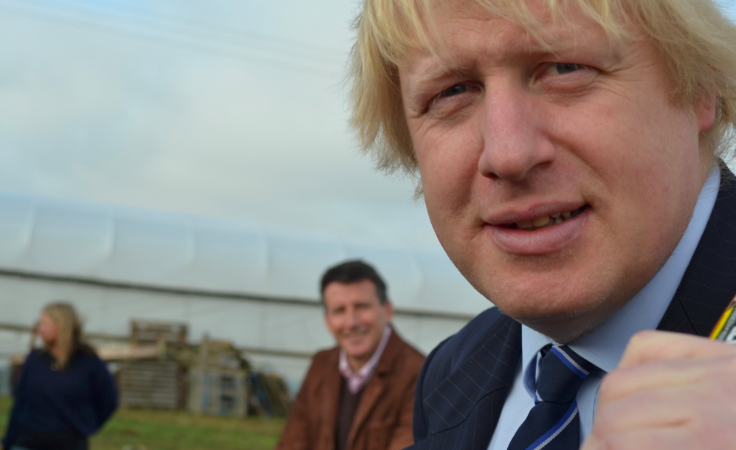 As Foreign Secretary and contender for the Conservative Party leadership, Boris is preparing his hug-a-husky moment with some sensible sounding measures to help preserve the pristine nature of Antarctica.

Specifically, he is expected to expand the ‘no take’ fishing areas round the volcanic archipelago of South Georgia and South Sandwich Islands.

There will also be a ban on any mining activity for minerals or hydrocarbons, along with an injunction against heavy fuel cargo ships using those waters (something they tend not to do, anyway).

These are little steps, rather than grand vision, but welcome nevertheless. They are the result of a big campaign over several decades to preserve the last great wilderness.

That campaign still has a long way to go before the beauty of Antarctica is secured and I guarantee that Boris Johnson won’t ever get us there.

In eight years of challenging Boris Johnson at Mayor’s Question Time, however, his capacity for self-deception on green issues would always leave me astonished. He would sometimes say to me: “Well, we’re both Greens, Jenny” – I did, and still do, beg to differ.

Boris Johnson has always been good at spotting ways of acting concerned, while doing little.

In his first term as Mayor he put pot plants along a few busy roads as a way of fighting air pollution and painted cycle lanes blue to protect cyclists – neither worked, but such measures could attract headlines as innovative and creative.

Even when Boris finally announced something truly visionary, the Ultra-Low Emission Zone, he pushed it forward to 2020, so it would be Sadiq Khan who is now getting on with it.

At the same time as promoting this green vision in the media, he quietly dropped the extension of tighter regulations for tens of thousands of small vans and thus stopped one of the few helpful measures that he was lined up to implement.

The ‘big vision’ trick was also used to deal with the problem of Heathrow expansion, with Boris Johnson’s suggestion of a mega airport in the Thames Estuary.

This made him look pro-business, while publicly deploying the sound arguments about air pollution and noise that blight the lives of huge numbers of West Londoners.

It’s true that Heathrow expansion is the single most damaging environment project in the UK and the Boris Island alternative in Kent is away from London, but would mean building an alternative to Heathrow on one of the biggest bird sanctuaries in Europe. This shows you how much he cares about wildlife.

This not to say that Boris Johnson can’t be pushed into doing the right thing. I spent many years on the London Assembly twisting his arm over various issues.

In late 2011, the London media was examining every cyclist death and thousands regularly took part in protests against his failure to do anything to make roads safer

The result was a second term transformation, with Andrew Gilligan appointed Cycling Czar and a programme of segregated cycle lanes, along with action on dangerous junctions. Money finally got spent and spent well.

Finally, it’s worth mentioning that the converse to all the above is also true. Even when Boris was making sceptical comments about the science of climate change, there was never any change in his Mayoral policies to reduce greenhouse gases and mitigate the impacts of climate change.

Those policies were inadequate and he under-delivered a lot, but any rhetoric designed to boost his appeal in right wing circles, never got in the way of his officers getting on with the Mayor’s day job.

Surprisingly, my advice to green and social justice campaigners is that Boris is worth a try. He is curious, funny, charming and good company, but don’t trust him in the long run.

He is always on the look out for political advantage and rarely holds a firm belief in anything except himself, which occasionally makes it possible to influence what he does and what causes he will support. In short, good luck but don’t hold your breath.

Jenny Jones is a Green Party peer and a former London Assembly Member.

3 Responses to “Boris Johnson is lining up his ‘hug a husky’ moment. Don’t be fooled on his green credentials”