The truth is we can afford to support unpaid carers if we want to - if the government embraced simple, effective policies like a wealth tax. 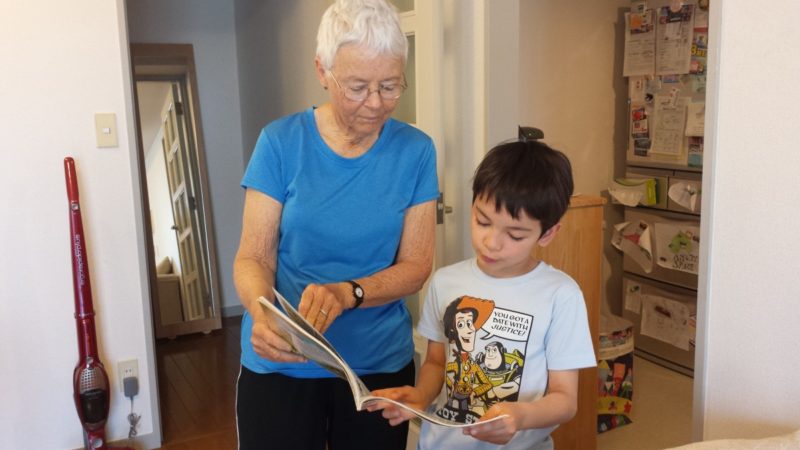 On Tuesday this week a grandmother from West Yorkshire made headlines, after filing for bankruptcy to clear £20,000 of credit card debt racked up while raising her grandchildren. On the same day, a list of companies paying bosses exorbitant ‘fat cat salaries’ filled the newspapers.

These stories are just one face of our increasingly divided kingdom.

Maureen Seed’s story accompanied research by two charities which revealed one third of carers have been forced to use a credit card to pay for food, while the same number missed paying a bill. The findings are indicative of a country which places pitiful value on carers.

In the UK nearly 200,000 children are being raised by a family member other than their parents, known as ‘kinship carers’, the research by Grandparents Plus and Family Fund found. Often this responsibility falls on grandparents and stops a child falling into the care system – yet despite this there is no statutory entitlement to support the relatives which take up this role.

Of course, it is not only kinship carers who are undervalued by this Government. A report by the Carer’s Trust and the University of Sheffield last year highlighted the value to the UK economy of work done by unpaid carers is £132 billion – roughly equivalent to the entire NHS budget. Yet the annual ‘state of care’ survey carried out by Carers UK this year found three quarters of carers felt their contribution is not understood or valued by the Government.

As I carer myself, I know well the barriers to support carers face. It is not surprising to me that one in five carers told the survey they care for 50 hours a week or more with no practical support, or that almost one third of carers who are receiving help are worried it will be reduced further in the future.

For those that do get support the battle is often to ensure that support is maintained. In my experience even the social workers whose job should be to fight for carers rights find themselves compromised. They are often caught between trying to meet the needs of families they work with, and the local authorities who employ them – who are simultaneously trying to cut budgets that are whittled away by central Government.

Nearly half of carers providing greatest support told Carers UK they are struggling to make ends meet and financial support is what they need most. Giving carers this support is not only the right thing to do, it would actually benefit the UK economically, too. A policy paper published by the Department of Health estimates that every pound spent on unpaid carers saves councils £1.47 and the wider health system £7.88.

There is no excuse for the Government’s failure to act. As the headlines this week reminded us, we live in a country where almost 22% of FTSE 100 countries have been named and shamed for paying bosses fat cat salaries. The lie that there is not enough money to go around, which has underpinned years of cuts, must end. The current Carers Allowance is far too small for unpaid carers to live off and should be underpinned by a carer’s income guarantee to ensure benefits do not fall further behind the cost of living.

Of course, real support goes beyond what’s in the bank. Carers deserve political recognition, too. Simple policies like carers passports would help identify carers to their local authorities and the NHS, guaranteeing their rights move with them from one neighbourhood or workplace to another.

The truth is we can afford to support unpaid carers if we want to, and if the Government embraced simple, effective policies like a wealth tax. Making the right choices now is an investment for the future which would help stop carers falling into poverty. With political will, we could give all carers the support they need and deserve.

Jonathan Bartley is Co-Leader of the Green Party of England and Wales.