Not only is this far too few, it is also a distraction from the numerous other ways in which the Government is letting refugees down. 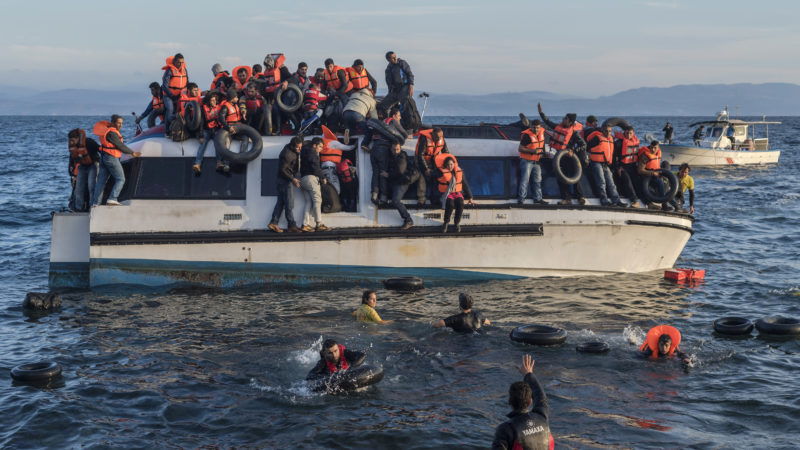 The UNHCR has praised the British Government for letting 8,000 Syrian refugees into the UK as part of a resettlement scheme launched three years ago – in response to immense public pressure.

The programme, which is supposed to help another 12,000 people before it ends in 2020, was described as “truly transformative” by the United Nations body.

But many, including Green Party co-leader Jonathan Bartley, have said the Tories should accept thousands more.

In August the UN said Britain needed to at least double the number of refugees it takes under resettlement schemes if it was to ‘step up’ to the refugee crisis.

In a statement, Bartley said today:

“The Government will no doubt pat itself on the back for these latest figures but the truth is Britain is still not taking its fair share of Syrian refugees. Britain could and should shelter thousands more people fleeing war and persecution in Syria.

“We are living through the worst refugee crisis on record. As well as resettling refugees from the camps in Syria the Government must do more to help those who have made perilous journeys to get here, especially lone children.”

In February, the Tories reneged on their commitment to resettle unaccompanied child refugees, having taken in just 350 young people under the Dubs scheme.

No children have been resettled from Greece or Italy, where more than 8,000 unaccompanied asylum-seeking children have registered over the past year.

Charities say this has left vulnerable children stranded in Europe, at risk of trafficking and sexual abuse.

Bartley said of the scheme:

“It is inexcusable that Ministers have still not fulfilled their promise to take in 450 lone child refugees under the Dubs Scheme. These children are vulnerable to trafficking and abuse and we have a duty to help them.”

Even looking beyond the tendency of resettlement schemes to be inadequate and suspended before completion, provisions for refugees who do arrive in the UK are inadequate and the treatment of asylum seekers – particularly those who are not from Syria – is cruel, unjust and dehumanising.

Under the Tory government, LGBT asylum seekers who face death and torture in their country of origin have been forced to ‘prove’ their sexuality by showing photographs and videos of sex with their partners in court.

Survivors of torture, trafficking and sexual abuse are among the hundreds locked up indefinitely in detention centres around the country, where report after report show suicide attempts, self harm and deteriorating mental health to be the norm.

Outside of detention, migrants, including asylum seekers, are often left destitute and in limbo while their claims are processed over the course of months or years.

Theresa May’s ‘hostile environment’ for migrants is also hitting refugees and asylum seekers hard, as it becomes more and more difficult to access basic services like healthcare and housing and even to open a bank account without a British passport.

Zoom out a little more and with Tory rhetoric blaming immigration for austerity scarcity and cuts to services, it is no surprise Britain is becoming more racist. Hate crime has soared since the Brexit vote, and attacks are indiscriminate with refugees and asylum seekers often targeted.

Given this, praising the government for one inadequate scheme designed to stop the public from complaining is unhelpful. The scheme is a cynical distraction from the numerous other ways in which the Tories are letting refugees down. Praising it won’t encourage them to do more, it will let them get away with doing less.

3 Responses to “We shouldn’t praise the Tories for resettling 8,000 Syrian refugees”