Our workforce is undereducated, exploited and demoralised – it's no wonder productivity is dropping. 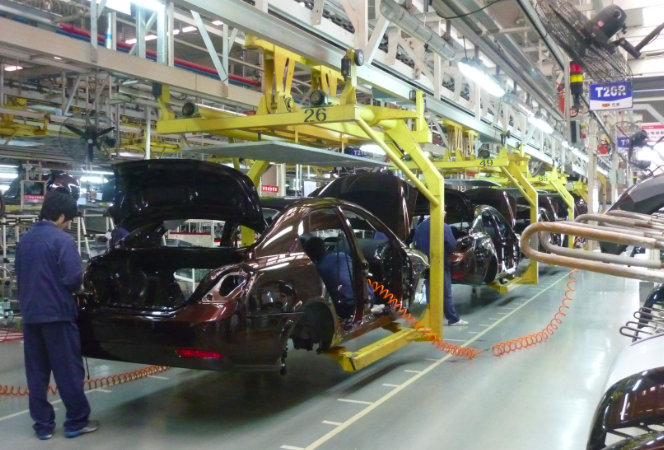 With the news that Britain’s levels of productivity are dropping, pundits were quick to roll out the tried and un-tested “it takes German workers to produce in four days what a UK worker produces in five” – with the inference that British workers were basically ‘lazy’.

Two years ago, seeing that productivity was flat-lining, the Tory government commissioned reports as to what the problem last year introduced a ‘productivity fund’ (which was topped up this time around) in the hope of kick starting things. It doesn’t appear to have worked.

At around the same time Unite the Union commissioned a study comparing the UK productivity with Germany, France and the USA. Its results were startling.

Germany is perhaps the most useful country to compare to the UK. Unite’s report found that one of the most significant reasons for Germany’s high productivity rate is the fact that they have a highly skilled workforce, which Germany’s government have invested a lot in.

More than 80% of their workforce have received formal vocational training or are in possession of an academic degree – all of which has a foundation in their “dual vocational system”, where vocational skills and training runs alongside academic training.

In addition, German companies invest for the long term and employees know this. Another key factor is keeping production “in house” – they have an aversion to off-shoring to low cost countries – all coupled with concentrating on defending and enhancing their core manufacturing businesses.

The much vaunted “Mittlestand” of medium size companies and the supply chain who rely on work from larger companies and are protected was also cited in our report as another reason for German high productivity.

German companies also work with their unions and workforces. Unions and works councils are required to be informed and consulted and are part of the decision making structure right through to Supervisory board level.

Compare this to the UK where apart from a few notable exceptions, unions are kept at arms-length by employers, workers opinions are not sought, and where decisions and investment are made over the short term.

One major employer told me recently: “If you are a technician in BMW, Siemens or Bosch in Germany, you are seen as being a highly skilled professional worker with a long term future – you are somebody.”

It is worth remembering that in Germany workers enjoy shorter hours and longer holidays and have strong trade union structures, whose voice is listened to and not derided.

Compare this with the UK with zero hours, hire and fire – insecure employment, endless agency working with little prospect of a permanent contract.

Would anyone wonder why we have poor productivity? Would anyone show loyalty and dedication to any employer that they may not be working for within the next few weeks, months or years?

In order to develop a highly productive, highly skilled manufacturing economy, Unite has argued that we need to develop strong structures for Information and Consultation – the involvement of workers and Unions in decision-making, where their views, opinions and expertise are listened to and respected.

Our government also needs to increase investment in advanced manufacturing in the same way that Germany, France and the U.S. has done.

The government needs to make skills and apprenticeships a much high priority: they need to up-skill workers and develop a system to retain and recruit highly skilled workers in the supply chain – thus defending the manufacturing sector and avoiding the splitting up of highly skilled and highly trained workforces.

If UK productivity is to break out of the ‘malaise’ it has fallen into and to avoid ongoing stagnation, the government needs to talk to unions and workers about the way forward, and invest in education – rather than simply implying UK workers are lazy.