The Government is detaining more migrants each year but deporting proportionally fewer, wasting money in the process and causing unnecessary harm to thousands of people. 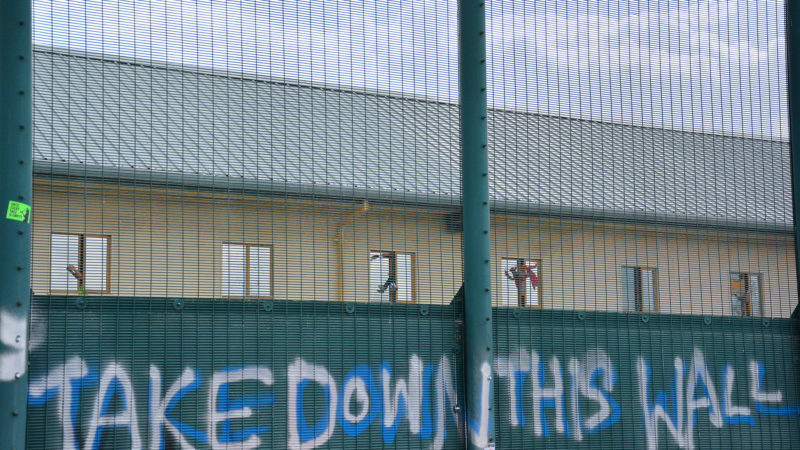 The chief inspector of prisons, Peter Clarke, also criticised the fact more victims of torture, rape and trafficking are being detained at the notorious facility than ever before, despite strict guidelines advising against this.

Conditions at Yarl’s Wood, which is near to Luton airport in Bedfordshire, had improved since allegations of sexual abuse were investigated in 2015, Clarke said. But he renewed calls for a strict time limit on detention, noting that 15 detainees had been held for between six months and a year. One woman had been detained for more than three years.

Britain is the only country in Europe that detains people indefinitely, without a release date or time limit. Women who have been held at the centre have said this makes detention “worse than prison”.

Yarl’s Wood, which holds about 400 people at time, is the only detention centre in the UK that is supposed to exclusively detain women (although couples and families are occasionally taken there too). It often gets the most attention, but there are 10 other designated immigration removal centres spanning the UK, from the Verne in Dorset to Dungavel in Scotland.

Around 30,000 people are taken to these centres annually— and the number is going up year on year.

As Theresa May has doubled down on her ‘hostile environment’ for migrants, more people from EU countries are being sent to removal centres for allegedly breaching their right to free movement by rough sleeping.

Data sharing between the Home Office and NHS services and schools may also have led to an increase in the number of people being caught by immigration enforcement.

However, as the number of people placed in detention has increased, the proportion who are ultimately deported or leave  the country voluntarily appears to be falling year on year, making detention a pointless drain on government resources, in addition to a cruel and dehumanising process.

Meanwhile detention is becoming increasingly controversial as report after report highlights the damaging nature of the practice and the poor conditions inside removal centres.

This autumn, three people died in detention in the space of a month—that’s as many as died in all of 2016.

The circumstances of their deaths, which the Home Office initially sought to deny entirely, remain shrouded in secrecy.

In September, secret filming by the BBC exposed the extent of abuse at another London detention centre, Brook House.

On Saturday 18th November a mass protest will surround Yarl’s Wood, to show solidarity with the women inside and demand an end to detention.