Within a divided Labour Party, those who consider the treaties inflexible gravitate toward the Lexit pole, while those who think the treaties can accommodate the manifesto approach the re-entry camp. 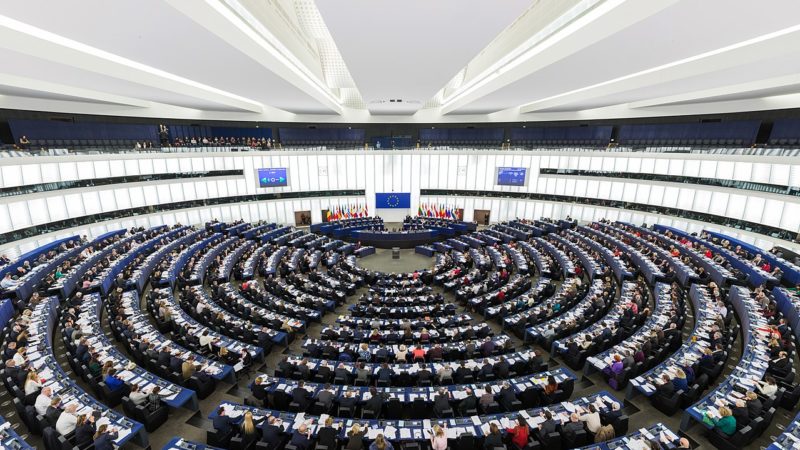 The Conservative Party’s division over Brexit seems a straight in or out debate, with no substantial support for reversing the referendum outcome.

But over in the Labour Party the approach to Brexit is less binary within the constituencies, across members of parliament and its leadership. In the PLP opinion runs from reversing Brexit (by a second referendum or parliamentary vote) to a left version of exit (sometimes called Lexit).

Impressions from my constituency party, the media and official party statements strongly suggest that the majority of Labour members find themselves in the space between re-entry and Lexit. Those between the polar positions might be called “Maintainers”, debating among themselves which EU commitments and institutional links should be maintained.

Central to the maintain discussion is the question of flexibility of the EU treaties. Those who consider the treaties inflexible gravitate toward the Lexit pole, while the more flexible one thinks the treaties are, the closer one approaches the re-entry camp.

Most arguments focus on whether the treaties can accommodate the policies in the Labour Party Manifesto, especially industrial policy and plans for rail and other nationalisations.

Recently Labour leader Jeremy Corbyn publicly queried whether the EU treaty prohibition against public subsidies to companies (“state aid” in treaty jargon) would block commitments made in the Manifesto.

In addition to Corbyn suffering the slings and arrows of outraged Labour Remainers, in the Observer Phillip Inman reported that “experts” assure us that the relevant treaties allow just the policies that Corbyn cited.

It is noteworthy that no reference was made to an EU treaty in the Inman article, an omission characteristic of arguments made by both the “flexible” and “inflexible” camps. Media reports rarely refer to EU treaties, almost always arguing from example.

“Proof by example” is a well known fallacy in philosophy and logic. It is especially fallacious for EU treaties because of each country’s special arrangements, exceptions and de facto “grandfather clauses”.

A considerably more reliable approach to assessing flexibility involves going to the two major treaties themselves, the Treaty on European Union and the Treaty on the Functioning of the European Union, which incorporate and supersede previous treaties (Maastricht, Amsterdam, Nice and Lisbon).

In a study published in March of this year and formally presented at the annual conference of the Euro Memorandum Group last week in Athens, Jeremy Smith and I inspect the two major treaties in detail.

In our study we assess precisely the issue raised by the Leader of the Labour Party: Do the two treaties allow for implementation of a range of policy approaches or do they limit member governments to a narrow neoliberalism?

We document that there can be no reasonable doubt that the general tendency of EU treaties for at least two decades has been towards creating a neoliberal policy regime. This tendency is manifest as early as Article 3 of the Treaty on European Union that specifies the goal of a “highly competitive social market economy” and the neoliberal dogma of “price stability”.

Assertions of treaty flexibility rarely refer to the wording of the treaties and even less frequently consider the context in which flexibility manifests itself.  First, the assessment should consider whether it is the treaties themselves that allow for flexibility or the power of a member government prevents strict enforcement.  What is possible in France may not be possible in a small country.

Second and following from the first, in practice “flexibility” can be a euphemism for evasion or selective enforcement.  Evasion, especially if practiced systematically, undermines the European Union and is an argument for ending not maintaining membership.

Our report goes through the two basic treaties article-by-article. We propose changes in wording to codify the flexibility that committed Remainers and strong Maintainers allege exists. The formal process of amending the treaties is notoriously difficult, requiring unanimous consent.

In practice most changes favoured by the governments of the four major countries (France, Germany, Italy and Spain) are achieved through one process or another.

The so-called Fiscal Pact aggressive championed by the Merkel government stands out as the obvious example.  Further, the basic changes in euro zone governance proposed by French president Macron may open the space for broader treaty revision.

Progressives here and on the continent whether for or against the Brexit process should cease making arguments by example discard ad hominem rhetoric, and make a close reading of the basic treaties. Our study provides a tool to that end.