As trade unionists gather in Brighton for the movement's annual Congress, General Secretary Frances O'Grady writes exclusively for LFF on the challenges and opportunities for the movement in the year ahead. 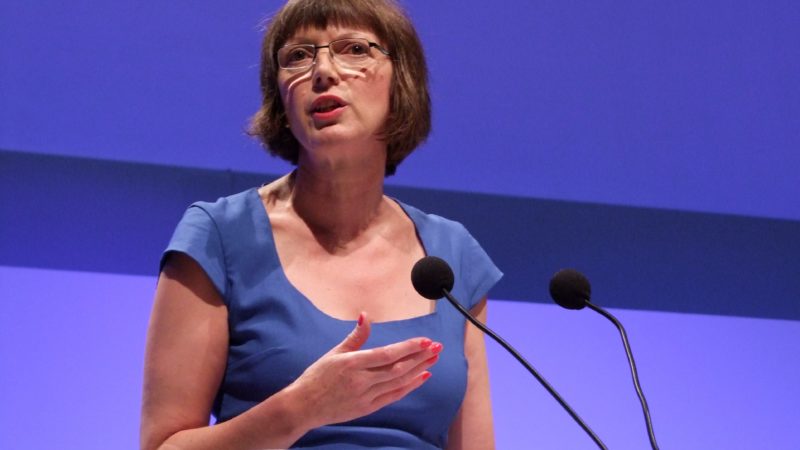 When the UK’s trade union movement met last September, I thought no year could top 2016 for upheaval and uncertainty. But the last 12 months have proved me wrong.

The snap general election has transformed the terms of political debate in this country. Theresa May and her colleagues underestimated how much working people have been hurt by seven years of austerity, and how angry they’ve become.

Conservative MPs were tackled on the doorstep by teachers and nurses who have endured seven years of real-terms pay cuts thanks to the government’s public sector pay restriction.

And the problem stretches far beyond the public sector. We’re in the longest pay squeeze from Victorian times, and now inflation is rising too. Pay packets are getting smaller while prices and bills are rising. It’s a classic recipe for a a living standards crisis.

Polling we published this week shows that almost 44 per cent of working people are concerned about meeting basic household expenses, such as food, transport and energy.

One in eight workers are skipping meals to make ends meet and one in six are leaving the heat off when it’s cold to save money. In today’s Britain, it seems the principle that having a job should provide you with a decent life no longer holds.

So as trade unionists, we have our work cut out for us. Pay and living standards will be at the heart of this week’s Congress. The TUC is calling on the government to take immediate action to scrap the public sector pay restriction.

And we believe that the Chancellor must change course in this year’s autumn budget – by investing to create great jobs across the country, and by increasing the minimum wage.

Of course, we’re also deeply concerned by the threat that an extreme Brexit poses to working people in this country.

It’s been nearly six months since the prime minister triggered Article 50, and the government still has no negotiating strategy and no plan. It’s crystal clear that they can’t be trusted to negotiate a deal that puts rights at work, decent jobs and great public services first.

But trade unions won’t allow them to duck scrutiny. Throughout the negotiations and beyond, we’ll be fighting for working people, ensuring that they don’t lose any of their hard-won rights. Hardline Brexiteers can’t be allowed to drag the rest of us down with them.

This Congress marks the beginning of the TUC’s 150th anniversary, and trade unions are needed as much as ever.

While we celebrate our proud history, our eyes are fixed firmly on the future. We need to engage a new generation of workers, many of whom are trapped in insecure work with low pay and appalling conditions.

The world of work is changing fast and unions will have to change too. But whatever the challenges we face, we know that strong, confident trade unionism will always be the best way to advance the interests of working people.