One trade union leader described the move as an "Orwellian affront to democracy" and an assault on the right to free association. 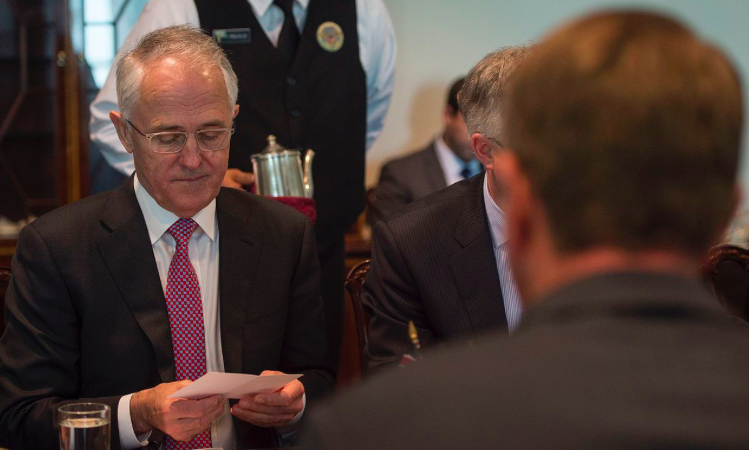 The Australian Government are trying to pass new laws to stitch-up an unprecedented merger of two of the country’s biggest unions — if they succeed, the Australian trade union movement will be seriously damaged.

Prime Minister Malcolm Turnbull is trying to block a merger between the Construction, Forestry, Mining and Energy Union (CFMEU) and the Maritime Union of Australia (MUA), which would see the creation of a body with 120,000 members.

Turnbull is proposing to introduce legislation that would force Australia’s Fair Work Commission to apply a ‘public-interest’ test for union mergers.

The CFMEU has described the public-interest test as “ridiculous”.

The government is seeking to get Australia’s Fair Work Commission to consider a ‘union’s record’ on industrial disputes when assessing the merger plans. Turnbull and the right wing media has recently described the two unions ‘lawless’.

The Turnbull government believes the new laws, if passed by the Senate, would stop a CFMEU-MUA merger.

The government’s attempt to stop the merger has been described as “vindictive” and an “Orwellian affront to democracy” by the head of the Australian Congress of Trade Unions (ACTU) Sally McManus.

Australian unions are looking to mergers and amalgamations in the face of a shrinking economy and globalisation – arguing that the Australian trade union movement is under threat and the merger would help bolster their financial and legal resources.

However the government and employers are fearful that the merged CFMEU -MUA union would create a much more powerful voice for workers across crucial sectors of the Australian economy as well as having a strong political voice in the Australian Labor Party and create a union able to challenge Australian anti-union laws.

Some right wing media commentators in Australia have gone into overdrive at the prospect of union mergers, arguing that mergers are being designed by unions to damage the Australian economy and supply chain.

MUA national secretary Paddy Crumlin has described the CFMEU – MUA merger as a need to build a new union to counter “a lot of adversarial stuff out there, a lot of anti-unionism, there is a political ideology in this country that’s pervasive and ­actively offensive against trade union rights”.

In another merger move the Nationa­l Union Of Workers and United Voice are speeding up their merger plans to build a 170,000 strong union to create a “powerful organising and campaigning force”. They have been talking since late last year.

The NUW has more than 70,000 members working across warehousing, distribution, food, dairy, cold storage and other food-related and production industries.

NUW members attending a meeting in Melbourne were advised that merger plans were ‘progressing quickly’.

United Voice’s Victoria branch members received emails confirming the merger talks were picking up speed, describing a “commitment” between the two unions to proceed with amalgamation.

Things might not go smoothly for the government, however. A senior source in the MUA told me recently:

“The employers and the government have only just cottoned on to the fact that the CFMEU – MUA merger application was made months ago. Which means that they will have to introduce retrospective legislation and try to close the stable door after the horse has well and truly bolted.”

The government’s plan to stop union mergers is a direct assault on the power and legitimacy of Australian workers; for the long term health of the trade union movement in Australia, these new laws must be opposed.