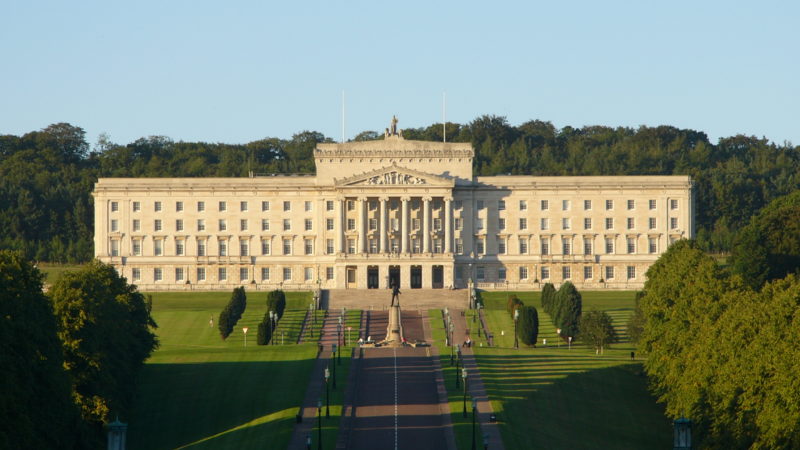 In the House of Commons yesterday, the Northern Ireland Secretary, James Brokenshire, plunged discussions over re-establishing a power sharing executive at Stormont into limbo.

By failing to provide a deadline for talks to reach a conclusion, ruling out a further election, while at the same time not wanting to return to direct rule from Whitehall, Northern Ireland is now shrouded in a vast amount of political fog.

Across Northern Ireland, the main two newspapers argue today that it is Sinn Fein which is the stumbling block to an agreement.

The Newsletter‘s editorial declares “Sinn Fein has since late last year been behaving in a reckless and unpredictable way.”

“[Sinn Fein] received a massive injection of confidence after its successes in the March Assembly election, in which it polled so strongly. And while the DUP pulled well ahead again in the Westminster election, Sinn Fein nonetheless had an excellent election. Perhaps it is concluding that brinkmanship and tough tactics are going down well with nationalist voters.”

The editorial wraps up by saying that, “while the reluctance to bring in direct rule is understandable, given the anger it will cause many people, the point will come when that step must be taken if Sinn Fein keep issuing what Arlene Foster described yesterday as “a shopping list that seems to get longer every time we meet them”.”

The Belfast Telegraph notes that whilst apportioning blame in such talks is often hard:

“…it is evident that this time Sinn Fein has been wrong-footed by events and, at the very least, must sell itself to its baseline supporters as driving the hardest bargain. After all, it brought the power-sharing administration down because of what it perceived as a lack of respect from the DUP.”

It concludes, however, by saying, “the Secretary of State seems content to let negotiations go on while most people would like to see MLAs face the sanction of losing their pay.

“This shows the public is losing patience, but the potential of losing votes is the only sanction politicians understand.”

At the Staggers blog, Stephen Bush notes that the balance of power has shifted during the talks in the DUP’s favour following its deal with the Conservatives:

“Regardless of who you blame, the truth is that the £1.5bn deal has changed the balance of political risk. If there is another election, Arlene Foster goes into the contest not as the architect of the Renewable Heat Incentive – the environmental subsidy that was so poorly designed that businesses fitted boilers into empty rooms in order to claim the cash bonanza – but as the negotiator who won a 5 per cent increase out of the UK government.

“But there might not be another election, for two reasons. The first is that whatever happens, another vote is highly likely to once again put the DUP and Sinn Féin first and second. The second is that the Secretary of State for Boundless Optimism, James Brokenshire, still believes that a deal can be struck, and he’s extended the deadline for talks. (Again.) That he is close to being in a minority of one on that issue is neither here nor there.”

Despite the deal in Westminster, it appears we’re little closer to a final agreement in Stormont. The labyrinth of these negotiations remains as difficult to navigate as before – we’ll see if politicians on both sides can work together to find a way out.