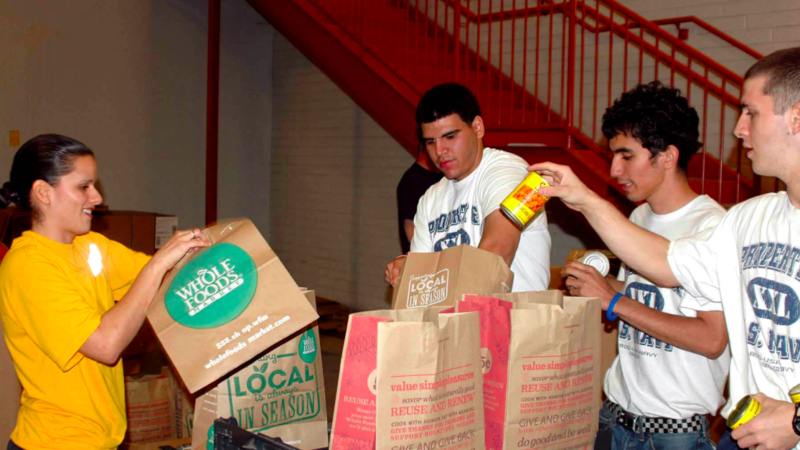 A new report from the Woolf Institute shines light on how local initiatives across Europe are taking community welfare into their own hands following austerity and government cuts to local services. Here’s what they found.

Communities across Europe are in ‘crisis’ – from austerity and the migration crisis, to terrorism. Intolerance, where not challenged, is creeping in.

We spent months researching how communities are dealing with these ‘crises’. It’s a word we became sceptical of however, as, in many cases, these crises actually contributed to positive forces of change emerging on the ground.

In Berlin, what we described above is particularly seen at ‘Lagesco’ – the city government institution responsible for the registration and management of asylum seekers.

The city authorities having been unable to cope with the numbers of new applicants, a makeshift camp of local volunteers was set up in a nearby park to help offer support to those refugees waiting to register.

Voluntary initiatives such as that at Lagesco, however, were not just civil society actors filling gaps left by the state: they were also political: denouncing cuts to social services and local administration, which they attacked as the root cause for ill-prepared public institutions.

We found similar movements across the continent, with the provision of basic needs by and for local communities established over the last decade – such as foodbanks in London – emerging from similar structural circumstances as those of the Lagesco camps in Berlin.

In areas such as Peckham, in London, individual citizens distressed at witnessing breadline poverty on their doorsteps drew on the networks of local faith volunteer organisations.

In the northern district (banlieue) of greater Paris, Aubervilliers, many of those unable to pay their rent have been forced into underground car parks of high-rise towers; local faith group Secours Islamique (the independent French arm of Islamic Relief) have come to their aid.

Local initiatives – born of particular challenges, based on volunteer time and often on faith community resources – are significant, and can cross social boundaries, and build trust.

Such groups often help to energise and politicise the notion of citizenship quietly by conducting remarkable work that counters some of the louder voices of exclusivist nationalism.

It’s for these reasons that one of the most important recommendations in our new report calls on the Government to channel money into these local initiatives and local government.

All central governments, home and abroad, should make it a priority to equip local organisations to tackle even more effectively the crises they confront them, and plug the void national structures are unable to fill.

Never before has it been more apparent that this is the key to building trust and bridging differences in local communities.