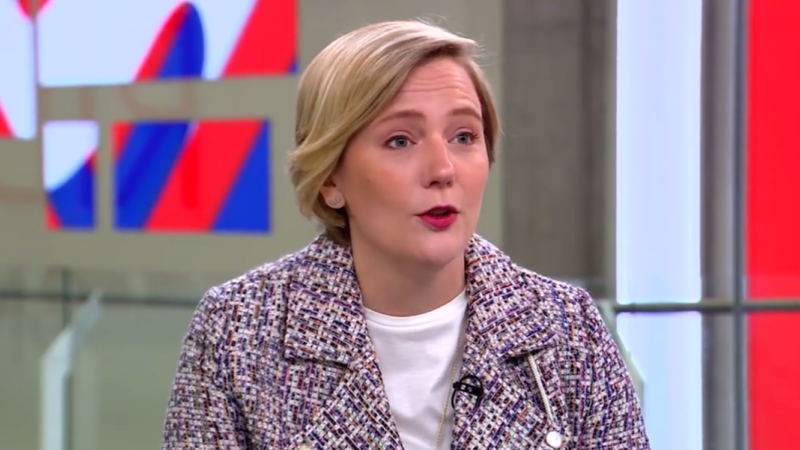 This evening, MPs will vote on an amendment to the Queen’s Speech calling for Northern Irish women to have access to free abortions in England and Wales.

It’s being widely reported that the government is afraid it could lose the vote, and Downing Street has said it will announce later whether Conservatives will be whipped to vote against the amendment. In a free vote, the amendment is likely to pass with overwhelming support. However, because the DUP are staunchly opposed to any expansion of Northern Irish women’s abortion rights, the issue could drive a wedge between Theresa May and her new friends.

But what is the amendment, tabled by Stella Creasy, all about?

Northern Ireland is the only part of the UK where abortion isn’t legally available. At present, Northern Irish women can travel to England and Wales for abortions, but the treatment is not covered by the NHS, meaning that women who want abortions need to raise hundreds, if not thousands of pounds, to get treatment through private providers.

Earlier this month, the Supreme Court ruled that the Secretary of State for Health is not legally required to provide abortion to Northern Irish women free of charge. However, the court also found that it was within the power of the secretary of state to legislate to change his policy on the question of abortion provision.

Labour MP @stellacreasy is proposing an amendment to the Queen’s speech about abortion in Northern Ireland. She explains why on #Ridge pic.twitter.com/vjRUOFS5ba

So the key demand in the amendment is for Jeremy Hunt to change the law on this matter, giving Northern Irish women access to abortion in NHS England and Wales.

Supporters of the amendment argue that the amendment is not concerned with whether the Northern Irish Assembly is right or wrong in its stance on abortion, but rather addresses the inequality inherent in a situation where UK citizens and taxpayers have different healthcare rights purely on the basis of where in the country they live.

If the amendment is accepted, it will not immediately force legislation on the issue, but will put pressure on the government to do so early in the parliament. It would also be an embarrassing concession from the government, and a source of tension between the Tories and the DUP.

The full text of the amendment reads:

“At end add ‘but respectfully regret that measures to address the inequality in treatment of women from Northern Ireland with regard to healthcare provision were not included in the Gracious Speech; recognise that the UK currently provides funding for access to healthcare services including abortion to residents of other nations as part of its international development work; note that women from Northern Ireland have no choice but to travel to England for abortion services and face serious difficulties in doing so, and as such the current position risks the continuation of an unwanted pregnancy which may cause distress or illness to the patient concerned purely on the basis of her place of residence within the UK rather than any medical requirements; therefore call on the Government to clarify, if necessary by legislating, that under section 1(1)(a) of the National Health Service Act 2006 it is a requirement on the Secretary of State for Health to prevent illness among those who wish to end an unwanted pregnancy, who are UK taxpayers, by providing such services; and call on the Government to ensure the provision of adequate funding and guidance so that all UK citizens including those from Northern Ireland may access medical services including abortion procedures in England if they so wish without charge, and that such provision does not interfere with decisions made by the Northern Ireland Assembly with regard to the provision of such services in Northern Ireland.”

See also: When will LGBT+ Conservatives get off the fence on the DUP deal?