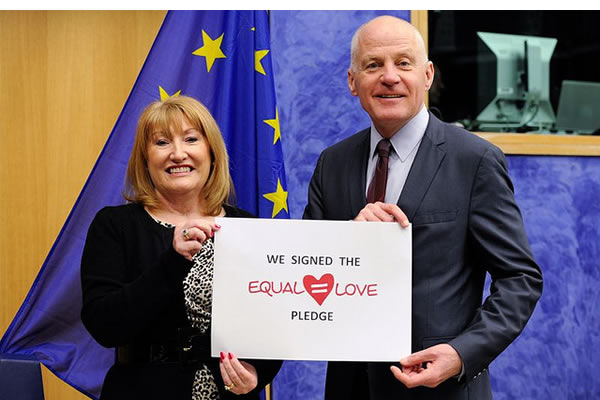 The revelations from Theresa May’s dinner with Jean-Claude Juncker last week, and reactions to the Downing Street supper, have blown open the myth, peddled by the Tories and their Hard Brexit, hard-right cheerleaders, of a prime minister with a plan, able to deliver on her promises and get a deal without compromising – not that they’ll ever admit or change their approach.

The blow-by-blow account of May’s dinner with Commission President Juncker and today’s comments by the EU’s chief negotiator Michel Barnier – he warned Brexit would not be “quick or painless” as he unveiled the EU’s Brexit negotiating position– shine a light on just how exasperated EU leaders are at the prime minister’s detachment from reality regarding just how difficult Brexit will be. Of course nobody knows exactly what was said at the dinner, but from what we’ve seen of May and her ministers previously in Brussels it rings true.

Though most political leaders soundbite it up and cocoon themselves at election time, May has plumbed new depths during this campaign, and no wonder – it looks like she’s believing her own soundbites and using them in private, and in those private meetings, it’s apparent there’s no substance behind the rhetoric. And she is looking to capitalise on her own failures in the negotiations to try to give her an advantage in the elections – there is no secret plot to do down Britain, as she claimed yesterday in Downing Street.

Just saying the same thing over and over again to placate Tory hardliners and hardcore Ukipers will not make her promises of post-Brexit plenty suddenly become deliverable. This is not leading, it’s following, a position that would fall apart under the lights of a TV debate or a grilling by Jeremy Paxman or Andrew Neil were she to deign to take a break from speaking to invited audiences of the great and the mute and subjecting herself to a bit of scrutiny.

Instead, she’s been taking a leaf out of the Trump textbook of political campaigning. Avoid hard questions. Rally the converted. Unleash your inner demagogue… ‘Brexit Means Brexit, we’re gonna get a great deal, we’re gonna build a great Brexit, and who’s gonna pay? Europe!’ She’s willingly allowed herself to be subsumed into the extreme right of the Tory party, people who think shouting “Crush The Saboteurs” is a bit PC.

The way she’s been going about the negotiations, and now the election campaign, does not project strength. Strength is about having the confidence to be upfront with voters about what her Brexit plan will mean for them. She’s shown no strength on Brexit: absent from a referendum campaign she claimed to support, then a quick reverse to do exactly as she’s told by the Tory No Dealers and Hard Brexiters.

The most frustrating thing is that with a different approach a deal would be possible, and with a different attitude – like supporting Labour’s amendment to the Article 50 Act guaranteeing the rights of EU citizens in the UK – the talks could have got off to a much better start. Had Theresa May sought out mutually-beneficial solutions rather than treating the negotiations as a zero-sum game, there would have been less of the shadow boxing we’re seeing right now and negotiations could have started.

As shadow Brexit secretary Keir Starmer has said, Labour would do things differently: guaranteeing the rights of EU citizens and working to ensure British citizens in the rest of the EU have their rights protected; fresh negotiating priorities that have a strong emphasis on retaining the benefits of the Single Market and the Customs Union; prioritising jobs and living standards; building a close new relationship with the EU; maintaining workplace protections, consumer rights and environmental standards.

Meanwhile Theresa May, Boris Johnson and the Tories, egged on by the likes of Nigel Farage and the Daily Mail, are seeking a blank cheque for a dangerous Brexit. This is likely to result in either a terrible deal or no deal at all, with the UK crashing out of the EU and hitting British businesses with trade barriers and high tariffs, resulting in job losses and higher prices.

If the Tories get re-elected, we could see a chaotic, tone-deaf and hubristic hurtle towards the Brexit trap door. There’s nothing strong or stable about that.