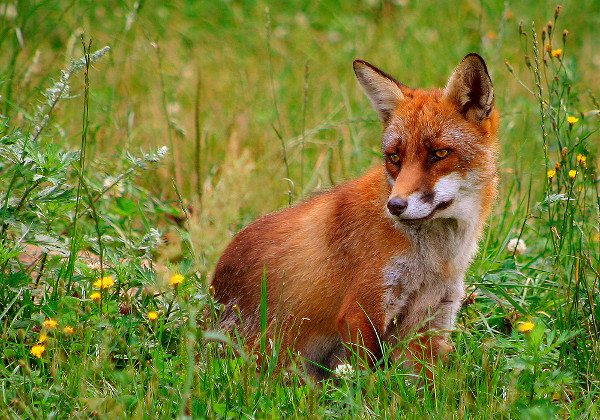 This post is by Eduardo Gonçalves, CEO of League Against Cruel Sports

Hunting foxes is back on the agenda. Britain’s voters have been waiting to hear what the next government will be doing on key issues like the NHS, education and Brexit, so it’s a shame that Parliamentary time will be spent on trying to make fox hunting legal again.

It’s a shame on two counts. In this age of Brexit, there is a great deal of discussion about Parliament and the Government representing the will of the people. While 52% of British people voted to leave the EU, according to the latest Ipsos-Mori data 84% of people want the ban on hunting foxes to stay. In addition, 88% support the ban on deer-hunting, and 91% back the ban on hunting hares. Support for the ban is as high in rural areas as it is in urban areas.

Ipsos-Mori projections indicate there is a clear majority in favour of the ban in every constituency in England and Wales, and that, by a margin of more than 7 to 1 over those who want the ban repealed, voters view more favourably those candidates who support the ban.

What’s more, this is not party political issue. 72% of Conservative voters support the ban on hunting, along with 87% of Liberal Democrat voters and 90% of Labour voters.

So it will be a real shame if our politicians go so blatantly against the will of the people.

Secondly, it’s a shame because this shouldn’t just be about popularity at the ballot box. For politicians it should be a decision of conscience. A decision as to whether the Britain they want to live in is a Britain which allows the killing of animals purely for the fun of those taking part.

What the Hunting Act bans – chasing wild mammals with packs of dogs – is barbaric. The British public realise that this is an activity that belongs in the past. Do we as a nation really want to see the return of the Waterloo Cup, with spectators cheering on the brutal chase and killing of a hare by a greyhound? The return of the legal and cruel chasing for miles of our majestic stags? The return of the legal and unjustifiable killing of foxes and fox cubs for sport? I don’t believe so. I believe Britain is a better place than that.

Personally I want to live in a caring Britain, a country that cares for its people, its countryside and its animals. I want people who are cruel to animals to face a maximum penalty of five years in prison, not six months as it is now. I want us to be compassionate and care about animals dying in the name of sport, such as trophy hunting and hare coursing. I think most people want the same.

Are we really going to turn the clock back to a time when killing animals for fun was legal? I’m sure many current and future MPs of all colours feel the same way as I do, so we hope they stand up and be counted when the time comes.

Eduardo Gonçalves is CEO of League Against Cruel Sports