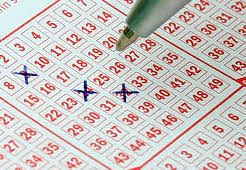 In just the past week, we’ve seen organisations pour thousands into ‘tactical’ candidates across the country. And we’ve seen local candidates stand down to boost the chances of other parties.

It’s an understandable move given the political system. But all of this of course causes tensions – what about the areas and candidates that don’t get this ‘progressive alliance’ funding? And what about the voters denied real choice – whether explicitly through pacts, or implicitly through relentless national targeting?

Given all these complexities, what we end up with is a ‘lottery election’ for voters – whether that’s having a super-funded, perhaps standalone centre-left candidate, or a real choice: but one coupled with the constant fear of splitting the vote.

It becomes a grim game – some candidates, perhaps Labour ones, are left to wither on the vine as ‘unwinnable’ challengers, while others are forced to compete for the same voters of parties they may agree with on 90% of issues.

It’s a situation foisted on the public by our arcane voting system, one that means people often feel forced to vote for their second or even third-choice party. That will include many Labour voters in the south, opting for the Lib Dems to ‘keep out’ the Conservatives this time round. That kind of ‘lesser evil’ voting does all our politics a disservice.

Yesterday, hundreds of thousands of Scots voted in local elections without having to make those inimical choices. Rather than panicking about splitting the vote, or making sometimes-bizarre predictions about tactical voting (often relying on random poll variations or national voting guides), they have the option to rank candidates standing for local office based on their preferences.

If their first choice didn’t muster enough support, their second choice was counted instead. Wednesday was the 10th anniversary of Scotland adopting the Single Transferable Vote for locals, and the third time voters there had used proportional voting for electing councillors.

And once again, candidates had an incentive to campaign right across local communities, in contrast with England and Wales where many voters will have been left out in the cold. No voter should be taken for granted.

It’s time we put paid to the awkward and unnecessary debates about ‘spoiler’ candidates, or mega-marginals that get tens of thousands while other seats and voters are left to wither on the vine.

The way to do that is to have a voting system where it’s always OK for voters to vote for their party. Where parties always feel they can stand, without fear of ‘letting X in’. That, surely, is not such a radical idea.

Whether you’re a senior party figure – or even just a supporter – you want your party’s vote to be high. You want to stand everywhere. And you want to stand out as unique, not a watered-down or beefed-up variation of another party. That’s natural – and should never be apologised for.

Over the next week, we’re likely to see more organisations draw up (no doubt controversial and contradictory) lists of where they’ll pour money into, and which parties they’ll back where. We may see more parties stand down – whether that’s UKIP dropping out to bolster the Conservatives, or Greens stepping down to support the Lib Dems.

But whatever the case, voters will have been let down by a voting system that is anything but simple in practice. So, no more dodgy tactical voting spreadsheets, no more taken-for-granted constituencies. Let’s make this the last lottery election.

Katie Ghose is Chief Executive of the Electoral Reform Society

2 Responses to “From ‘progressive alliances’ to ultra-marginals: voters deserve better than a lottery election”