Here's how to build 'an economy that works for all' 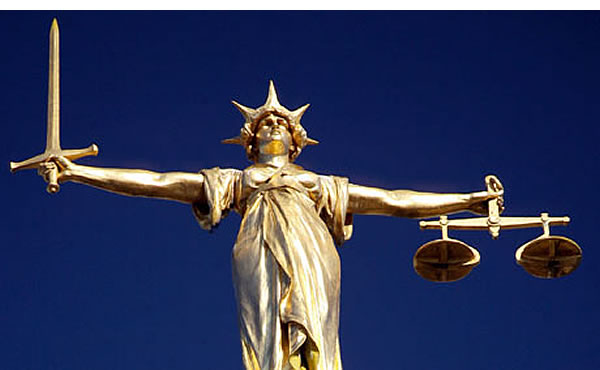 The findings of the Ministry of Justice Review of employment tribunal fees, which was finally released this week, show that despite much rhetoric about ‘fairness’ and ‘an economy that works for all’, the Conservatives still fundamentally disregard the importance of workers’ rights.

The review, released more than a year overdue after the MoJ was criticised by a Select Committee for deliberately burying evidence of government failure, celebrates the effect of the introduction of fees, including a 68 per cent drop in claims overall as ‘a positive outcome’.

No doubt the fact that the MoJ decided to sneak the report out on the same day MPs were debating Brexit was an indication of their confidence of the ‘good news’ contained within.

Indeed, as UNITE’s Len McCluskey was quick to point out, the report appears to be an exercise in ‘alternative facts’. The fees were introduced by the coalition government in 2013 on the rationale that free access to tribunals incentivised workers to pursue ‘unmeritorious’, ‘weak’ and ‘vexatious’ claims in the Employment Tribunal (ET) in the hope of securing big payouts.

Yet this argument has been quietly dropped, probably because the success rate at tribunal has actually declined since 2013, not an outcome to be expected were the most unmeritorious of claims being weeded out.

In fact, as the President of Tribunals Judge Brian Doyle revealed at a recent Institute of Employment Rights conference, since the near 70 per cent drop in claims, it is actually the low-value, high-merit claims for problems such as unpaid wages that have disappeared from the ET caseload.

Instead we are told that the fees regime has been a success because it has brought about a ‘dramatic change’ in the way people seek to resolve employment disputes.

ACAS Early Conciliation (EC) is the new and ‘effective’ method of dispute resolution, because 48 per cent of those who go through the now-mandatory EC process ‘avoid the need to go to a tribunal’, with ‘up to a further 34 per cent’ of those who do not settle or abandon at this stage going on to lodge a claim to the ET.

However, dig a little deeper into the report and we learn that there are a second set of figures derived from ACAS management information, ‘which is likely to give a more accurate result’.

These figures show only 15 per cent of cases reach a settlement at EC, with only 22 per cent of those who don’t going on to lodge a claim. In other words: 63 per cent of people give up.

For the MoJ, such high drop-out rates are not a problem because:

While acknowledging that up to 8,000 per year may actually be financially prevented from bringing a claim, the report finds that others are ‘discouraged’ because ‘paying the fee might involve having to reduce other areas of non-essential spending’.

In reality, for a worker who has been ripped off for £1,000 worth of wages and holiday pay, risking £400 to go to tribunal is just throwing good money after bad. And this is the problem. People don’t pursue their claims. Unscrupulous employers know and exploit this. Rights become a fiction.

Access to tribunals needs to be understood in the context of the failure of labour market regulation, and the failure to provide oversight and enforcement of rights.

The fees were part of a raft of deregulatory legislation introduced by the Coalition in the wake of the 2008 crisis, which reduced statutory protections and diminished access to justice in the name of ensuring a ‘flexible labour market’, ostensibly to help the economy bounce back from the crash.

In fact, this lead to a surge in poorly paid and precarious jobs: while unemployment fell, the numbers of in-work benefit claimants soared.

The legacy of this explosion in poor-quality jobs is an endless catalogue of labour rights abuses; whether it’s Amazon couriers driving for over 13 hours without a break, or textile workers working for £3 an hour.

Governmental oversight of employment practice is random and ad-hoc, with the worst offenders such as Sports Direct only coming under parliamentary scrutiny because of media exposes or union action.

Decades of anti-union legislation have led to a situation where only 20 per cent of the working population are covered by collective bargaining. Tackling these problems requires comprehensive reform of the system of UK labour law.

The Institute of Employment Rights (IER) has developed a set of in-depth policy proposals to radically reform the system. The proposals, contained in the IER’s Manifesto for Labour Law include the following recommendations:

The framework of statutory individual rights should be strengthened to ensure all people in employment are eligible for the full range of workers rights from day one, preventing employers from exploiting agency workers or forcing people into bogus self employment.

Sectoral collective bargaining should be promoted, to allow unions to build upon basic statutory rights through the development of sectoral collective agreements. This would strengthen workers’ ability to negotiate for better pay and conditions, ending the race to the bottom in certain industries.

A Ministry of Labour should be established, charged with promoting employment and supervision of standards.

Crucially, rights would be enforced by a labour inspectorate, with the power to initiate legal proceedings on behalf of workers through a free at the point of access Employment Tribunal, which would form the first tier of a new autonomous Labour Court System.

Ideally, many cases need not arrive at tribunal at all, as dispute resolution procedures can be written into collective agreements and dealt with in-house.

The current system is over-reliant on individual workers bringing litigation against problem employers, and is clearly failing to even provide for that.

The IER proposals shift the focus of labour law from statutory minimum rights to collective bargaining, which would lead to higher pay, better conditions and less inequality. This is the challenge for anyone who genuinely believes in an economy that works for all.

Ben Crawford is Assistant Editorial Officer at the Institute of Employment Rights. Follow the IER on Twitter @IERUK