Unison calls on chancellor to change course on public services 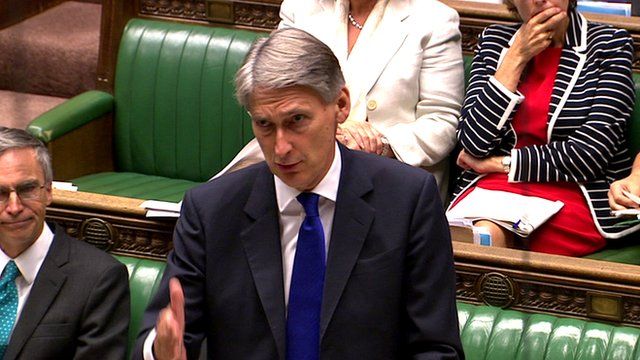 Dave Prentis, General Secretary of UNISON, has written to chancellor Philip Hammond calling on him to change course for the good of our services and all those who rely on them. Here he argues for the changes we need.

Public services are under unprecedented pressure. Eight years on from the financial crisis they remain starved of resources, with staff under constant pressure to achieve more with less.

NHS patients are waiting longer than they should for crucial services. The challenge of social care remains unresolved. Youth centres are closing.

The education system faces an exodus of support staff, 30 per cent of community policing jobs have been lost and hundreds of libraries have closed.

Services like these are the backbone of the country, and the staff that provide them are the lifeblood of their communities. But all have been hit thanks to the decisions taken by this Tory government.

Next week at the Autumn Statement we will get to see if Theresa May and Philip Hammond’s rhetoric about doing things differently is borne out by their actions.

What is needed is a rescue package for public services – and through the Autumn Statement Philip Hammond can begin to show his commitment to public services with a first down payment on that. UNISON is calling for measures including:

– An end to further public service job cuts – Approximately one million jobs have been cut from public services since 2010, despite demand for services increasing.

For many, including those caring for some of the most vulnerable in society, the result is fewer workers being expected to do more with less – despite the risk to the quality of services.

By reversing the job cuts already announced in previous budgets, the Chancellor could prevent further job losses and the risk to services this entails.

– Ensure that our loved ones receive the quality social care they need – our social care system is chronically underfunded, and with an ageing population the situation will get worse not better, especially as social care budgets have been hit by massive local authority cuts in recent years.

Next year the government will have a £6.6 billion surplus on the national business rates account – up from £4.2 billion this year. By investing £2.4 billion of this into social care, he could fund significant improvements in provision.

This decision – at a time when the NHS faces a nursing shortage and Brexit will further restrict the influx of qualified nurses – is a real threat to the health service.

Nurses and allied health professionals now face substantial debts in order to take on often low-paid but vital roles in our NHS.

For just £52 million a year – a million pounds a week – Philip Hammond could fully fund the NHS bursary and give the health service a better chance to recruit the additional health professionals our country needs.

– Stop stealth cuts to public services – even areas of public services that have been ring fenced to avoid direct cuts face ‘stealth cuts’ to their budgets based on rising costs that aren’t covered by a commensurate rise in public spending.

Public services will have to make cuts just to pay for the apprenticeship levy next year.

Another important example is the government’s national living wage. Giving low-paid public servants an increased wage is obviously something UNISON supports, but the cost should be covered by the Treasury, or it will lead to significant additional cuts across all public services.

As a result, this is seriously damaging the morale of the millions of people working in public services, and leading to recruitment and retention challenges that will inevitably impact on the services that the public rely upon.

The government has an opportunity to chart a different course for the British economy than that chosen by its predecessor.

At these difficult and volatile times, we all need our public services and the champions who work within them more than ever.

Dave Prentis is the General Secretary of UNISON.