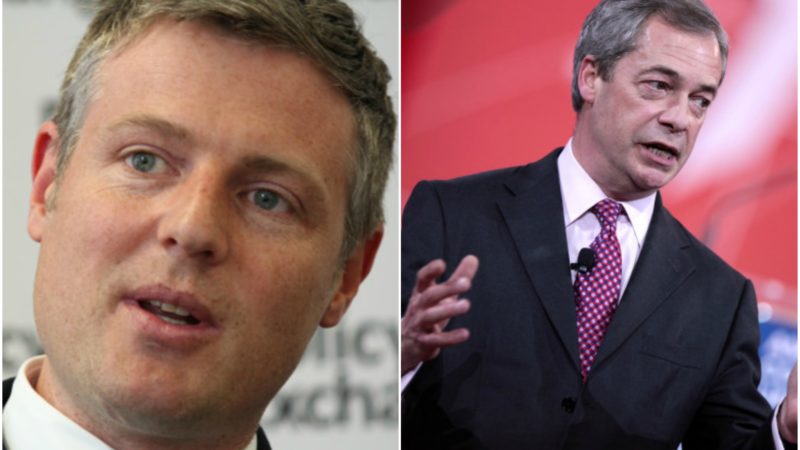 UKIP has announced that it will not stand a candidate in the Richmond Park by-election, throwing its support behind the incumbent Zac Goldsmith instead.

While they probably meant it as a compliment, the kippers’ decision will be a major blow to Goldsmith in one of the country’s most pro-EU constituencies.

“Zac Goldsmith has resigned on a matter of principle and UKIP admire him for having the courage to do so. UKIP have always believed that Gatwick was a preferred option to Heathrow.

Recognising Zac as a principled man, who was fully committed to helping get Britain out of the European Union, UKIP Leader Nigel Farage, in conjunction with our National Executive Committee have agreed that we will not be fielding a candidate in the upcoming by-election for Richmond Park.

The Liberal Democrats are committed to overturning the result of the 2016 Referendum and ignoring the will of the British people. This must not be allowed to happen.

UKIP are encouraging all of our supporters and voters to support Zac Goldsmith in his bid to become an independent MP.”

Goldsmith already has a reputation for prejudice and racial stereotyping following his infamous mayoral campaign against Sadiq Khan. On top of his support for Brexit, UKIP’s endorsement will entrench the idea that he is out of step with his constituents.

The Liberal Democrats have welcomed the news, which is a boon to their progressive, pro-European campaign in Richmond.

‘Zac Goldsmith was already the Conservative Party candidate,’ commented Tim Farron in an almost gleeful statement. ‘Now he is also the UKIP candidate. His campaign is the Nigel and Zac show.’

“UKIP’s website expressly states that it is vital for supporters of Hard Brexit to defeat the Liberal Democrats in Richmond Park, and praises Zac Goldsmith for being ‘fully committed to getting Britain out of the European Union’.

This by-election presents a golden opportunity to defeat one of the leading Brexiteers who is determined to even take Britain out of the Single Market. He might be able to afford the huge damage this would do to our economy, but many people in Richmond Park are worried about the effect on their jobs and livelihoods as a result of the Conservative government playing Russian roulette with the British economy.

Zac Goldsmith can get as many hard-right candidates to give him a clear run as he likes: he knows he faces a major battle with a Liberal Democrat party determined to keep Britain open, tolerant and united.”

Although Goldsmith only tendered his resignation on Tuesday, the by-election has become a flashpoint for Britain’s political tensions, as an opportunity for pro-European progressives to tear a chunk out of the government’s majority.

Compass has called on Labour and the Greens to pull out of the contest to give a clear run to the Lib Dems, and some Labour MPs have backed the idea. Although Labour will definitely contest the seat, the Greens have yet to confirm their intentions.