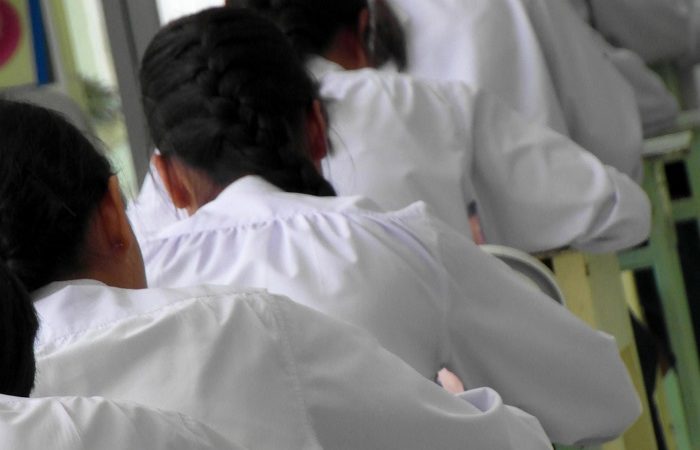 TUC Congress has today voted in favour of a motion calling on the government to address its ‘chaotic and confusing’ system of assessing school children’s academic performance. Seconding the motion on behalf of NAHT, the school leaders union, past president Tony Draper delivered the following speech.

“NAHT is a school leaders’ union, and we represent members through all phases of education. Our members have seen first-hand the way in which the assessment system is failing our pupils.

This year our primary assessment system has been one of chaos and confusion:

–       SATs papers mistakenly published online ahead of the test;

–       Delayed and obscure guidance for teachers;

–       A mark scheme that fails to cater for those with dyslexia

This year, the tests were poorly designed and poorly administered. Put simply, assessment in schools is not fit for purpose.

School leaders will not take another year of this shambolic system. We will not stand by and allow a system that fails pupils to continue.

But there is a better way. We urge the government to work with the profession to design a system that works for pupils, for parents, for school leaders and for teachers.

To start that debate, NAHT has established an independent assessment review group to look at the kind of system we need for the future. A system designed around the needs of pupils.

But the government can act now – by not publishing flawed SATs data in December, and abolish the ridiculous plans to force pupils to re-sit the test in year seven.

Schools should never face intervention on flawed data, but that is exactly what will happen. Tests should not be high-stakes accountability measures for schools – their purpose should be to help boost learning.

We currently have an assessment system that is being used to judge whether teachers are providing good quality education. The system is designed the wrong way around. It should be focused on what is best for learning, not what is best for the government to determine whether a school is performing or not.  That is damaging the well-being and mental health of heads, staff and pupils alike.

Mistakes are not just confined to primary assessment. We have seen the introduction of the Ebacc – a performance measure for schools based on pupils studying the five core subjects of English, maths, history or geography, science and a language – squeeze out other important subjects from the curriculum.

We know that religious education, music, drama, art and other creative subjects are not just being squeezed, but, in some cases, are disappearing from schools altogether.

Do we not want all children, regardless of their background, to have the opportunity to learn to play an instrument? Or the chance to learn to draw, to act, to express themselves?

Why should these subjects be limited to schools lucky enough not to have cut them from their curriculum, or children lucky enough to be able to access outside tuition?

We ask for an assessment system that works.

Instead we get delays, mistakes and ill-thought out, short-term fixes. We get a system that is used to rate schools, not support and develop children.

We get a government looking at risky and distracting structural changes, like controversial new grammar schools, that will do nothing to address social inequality or mobility, rather than one striving to fix a broken assessment system.

Congress, the government needs to get the basics right. Ideology is distracting ministers from what really matters; an assessment system that develops our young people.

It’s time for the government to act.”