Prem Sikka explains why tensions are simmering between the two powers 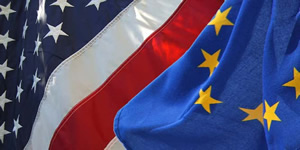 The US wants the European Commission to think again about the way it deals with tax avoidance by multinational corporations, many of whom are based in the US.

The US taxes companies on the basis of their worldwide profits though there are lots of ifs and buts about repatriation of profits. If some taxes are already paid by a US-based corporation, such as Google or Starbucks, in the EU then a credit for that amount is deducted from the US tax liability.

So a higher tax elsewhere can result in lower tax yield in the US and hence the US anxiety. In a stark warning, the US government paper warns that ‘The U.S. Treasury Department continues to consider potential responses should the Commission continue its present course.’

To understand the tensions let us look at the background. Many countries seek to attract capital by offering concessions. In a neoliberal world, direct state subsidies to corporations are frowned upon as nation states complain about unfair competition.

But this can be circumvented as governments can offer tax concessions to selected corporations rather than to all companies. The concessions create economic incentives for companies to devise transfer pricing techniques and shift profits to low tax jurisdictions through charges for intragroup interest payments, royalty payments and management fees.

This profit shifting affects the tax revenues of other countries. Such concerns have prompted the EU to investigate tax concessions offered by member states to Apple, Fiat, Starbucks, Amazon and McDonald’s. Last year, the EU decided that selective tax advantages for Fiat in Luxembourg and Starbucks in the Netherlands are illegal under EU state aid rules.

The companies were ordered to repay €20-€30 million i.e. higher taxes in the EU. Further EU rulings are expected soon about Apple and Amazon.

Globalisation has added further tensions to the EU and US concerns about corporate taxation. A company like Apple operates across the globe and has hundreds of subsidiaries. Nevertheless, it is an integrated entity with a common company board, business strategy and product. It makes profits through global integration and economies of scale.

These treaties established three principles. Firstly, companies would be taxed at the place of their residence rather than where the economic activity took place.

Second, even though companies may be under common ownership and control, they would be taxed as separate entities. Thus a company with 500 subsidiaries will be treated as 500 separate entities for tax purposes, which gives it a licence to engage in international tax arbitrage.

Thirdly, there was an issue about how intra-group transactions were to be assessed for tax purposes, as companies have operations and subsidiaries in other countries and transfer goods and services to each other.

The solution was to agree on what is known as transfer pricing and intra-group transactions were to be valued according to what the Organisation for Economic Cooperation and Development (OECD) calls ‘arm’s length’ principle, or free-market market prices.

The above system predates the emergence of the internet, transnational corporations, global oligopolies and a vast number of tax havens. It is now broken. F

In this context, independent ‘arm’s length’ prices are difficult to determine. This has been the cause of many tax disputes and abuses. It is interesting to note that US government paper is titled “The European Commission’s Recent State Aid Investigations of Transfer Pricing Rulings”.

There is unlikely to be much relief on the taxation front because the OECD wants to cling on it its prescriptions. Its recent Base Erosion Profit Shifting (BEPS) project retains transfer pricing at the lynchpin of international corporate taxation.

Many of the difficulties can be addressed by an alternative system known as Unitary Taxation and would tax corporate profits at the place of their activity.

Briefly, in a unitary taxation system, a group of companies, such as Apple, is treated as a single integrated economic unit. Its global profit is calculated. As profit can only be made by transacting with the outside world, all intra-group transactions are ignored because they add no value.

Thus profit shifting to tax havens is eliminated. The company’s global profit is allocated to each country of its operations. This can be done using a formula that takes account of key drivers of profit generation, which may be the number of employees and payroll costs in each country, and assets and sales activity.

Each country can then tax its share of profits at whatever rate it wishes. The model does not impair the mobility of capital. For example, if a company thinks it can gain economic advantage by exploiting factors of production in an emerging economy, it can do so.

There will be no point in tax arbitrage through tax havens because those activities will not have any material effect on its global profits.

The US is a dominant member of the OECD and has not pushed for global adoption of unitary taxation. Maybe these issues are more about the global projection of economic power by the US, rather than just about tax.