Theresa May talks Left, but punishes the poor 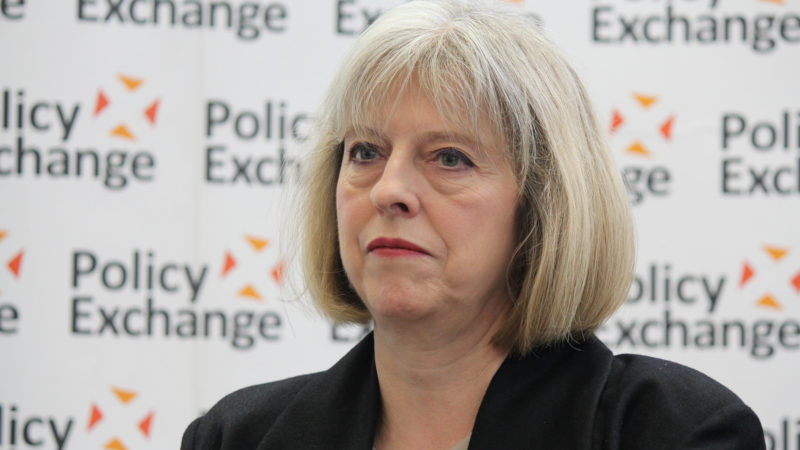 Laying out her bid for Tory leadership this morning, (perhaps not realising her sole rival was about to implode), Theresa May surprised many with some populist measures borrowed from the Labour playbook.

Pledging to take on big business, with workers on company borders and controls on executive pay, the Home Secretary said:

‘under my leadership, the Conservative Party will put itself – completely, absolutely, unequivocally – at the service of working people.’

However, her record doesn’t fill one with confidence.

May has backed most of the government’s welfare reforms, including the Bedroom Tax, while voting for tax cuts for those earning above £150,000. She has also voted to curb trade union activity.

Are we supposed to forget May’s record in office, as if the past six years never happened?

As Prem Sikka, a Professor of Accounting and Left Foot Forward writer, comments:

‘Theresa May is engaged in token gestures rather than any real emancipatory charge. It is more of a case of talking Left but practicing the policies of the far-Right.

Tories have been eroded workers’ rights and attacked trade unions. Employment rights have been weakened and workers have to pay fees to tribunals to bring grievances.

As the BHS scandal shows, workers’ pensions are not safe.  Zero contract hours bring insecurity. Currently workers’ share of GDP is around 49 per cent. It was 65.1 per cent in 1976.’

‘Tripling of student fees and loss of education grants for nurses does not help workers. Many young workers don’t even qualify for the minimum wage.

There is little evidence to show that the Tories have defended or advanced workers’ rights. If May is serious then she should bring immediate legislation.’

No one should be fooled by May’s faux-populism. Like her Tory colleagues, she steals the words of the Left to improve lives for the wealthy, at the expense of the working class.

4 Responses to “No, Theresa May’s Tories won’t be ‘at the service of working people’”