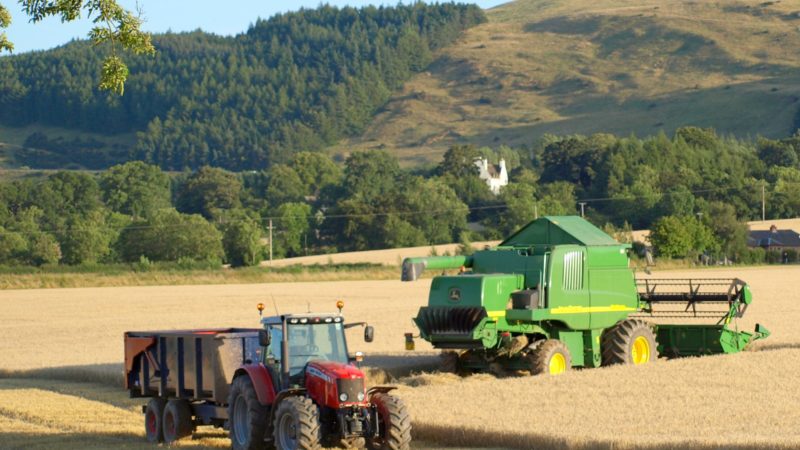 Staying in the European Union is critical to the future success of Northern Ireland’s farming industry.

That’s the argument that was made last night by the EU’s Agriculture Commissioner and former Irish Cabinet Minister, Phil Hogan.

Delivering a lecture at Queen’s University, Hogan noted that whilst the issue had not yet featured prominently in the debate on EU membership, remaining inside he Union was crucial for farmers.

He told the audience:

“CAP Single Farm Payments to farmers in Northern Ireland is worth in excess of £2.3 billion from 2014-2020. To put that figure into perspective, annual payments from the European Union account for 87 per cent of annual farm incomes, compared to 53 per in the UK as a whole.

“In other words, for every £10 sterling that Northern Irish farmers earn, the Common Agricultural Policy accounts for £8.70 of that total.

“To put it more bluntly, were it not for European assistance, many farms would not alone generate significant losses, but would struggle, and in many cases fail to survive.”

Somewhat controversially, Hogan added that a number of politicians across Ireland were fearful that a Brexit could leave many of its border towns with Northern Ireland facing the prospect of becoming the new Calais. The fears, he argued, are that such towns would be seen as a staging post for immigrants into the UK.

“The fear in Dublin is that our border towns would become a backdoor into the UK. In that instance what sort of fortress would the Northern Ireland border have to become to close that backdoor?”

Hogan’s speech comes as polling by the Chamber of Commerce has found that 74 per cent of business people in Northern Ireland supporting remaining in the EU.

Meanwhile, Danske Bank has revised its 2016 economic growth forecast for Northern Ireland down to 1.6 per cent from 1.8 per cent, citing the prospect of Brexit as the biggest factor in it’s decision. Angela McGowan, the bank’s chief economist explained:

“While the continued reduction in the public sector jobs will weigh down overall growth in the short to medium term, by far the biggest risk to growth this year is Brexit which has lowered investment and growth in the first half of this year.”