With the EU is in crisis, the last thing we need is an isolationist in the White House 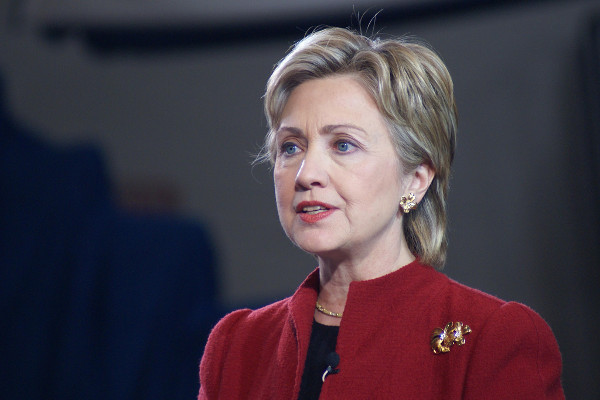 Wherever you fall on he the political spectrum, if Europe’s imminent future is a concern of yours, then you should hope that come autumn Hillary Clinton wins. The reason is quite simple: Bernie Sanders and Donald Trump are isolationists and Clinton isn’t.

The European Union’s nadir has come – a deeper crisis is hard to envisage. The Old Continent needs help, again, and much of it can be delivered by the United States.

Therefore, from a European perspective, once we’ve put US domestic issues aside, we’re left with one consideration to make: who do we really wish for ourselves as the next American president?

It’s now clear that we have a choice of three; and maybe just two (as I write, the principled Sanders looks like he’s out). Trump has time and time again endorsed isolationism. He does not want the US to take part in any conflict abroad. Economic protectionism is also markedly on his agenda. As president, he would leave Europe to its own devices.

This has nothing to do with being left or right. Barack Obama is the least Europhile leader in America’s recent history. Not out of disrespect, hatred or snobbery. Not at all. It’s just that US domestic issues have – justifiably – taken precedence.

During his first mandate, when he went to France to deliver a speech on D-Day’s anniversary, he showed – perhaps unwillingly – how culturally distant he is from Europe. On that occasion he commemorated American soldiers, but no words were spent on European ones.

Recently, Laurie Penny wrote that we Europeans ought to be able to vote in the American presidential elections:

“American commentators often point out that the whole two-year, multibillion-dollar pageant is a great way to distract the entire US electorate from the real-life daily process of democracy. Imagine how the rest of us feel.”

Clearly, we won’t and never will be able to get a vote, but the point is that America’s clout is such, still, that it has an impact on all the rest of us in a way that cannot be counterbalanced by anyone anywhere else.

In Europe, we are still dependent on the US. Especially now, with nationalism back on the rise, the Middle-East and Afghanistan in complete turmoil, devastation on our doorstep and – no matter what EU policy geeks argue – no prospect of a pan-European army.

With a fragmented EU, in which each country is concerned about its national lot and not much else, we are already experiencing isolation – we are imposing it on ourselves.

An isolationist US president would only make things worse. Europe is losing international weight as days go past. If Brexit were to materialize, it would deplete our already diminishing supply of diplomatic gravitas.

So, if we did have a vote, Europeans would have to support Hillary Clinton as the next US president. As secretary of State she managed to tone down Obama’s marked isolationist tendencies. As president she would reach out to Europe. Who else would?