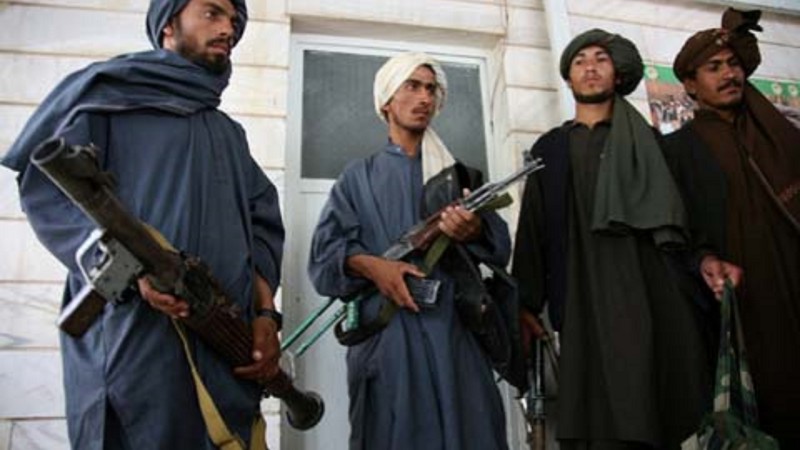 The attack was reminiscent of the Army Public School (APS) massacre in Peshawar in December 2014, when 132 students were killed. Both the APS and BKU attacks were claimed by the same faction of the Pakistani Taliban.

The Army Public School attack, which targeted the offspring of army men, was believed to be a reaction to Pakistan Army’s military operation in the North West, initiated in June 2014 in a bid to fight off militancy and insurgence in Pakistan’s most terror-prone zone.

The gut-wrenching scenes from the Peshawar attack were believed to have united the political parties and the nation in general, with an ostensible agreement across the board over identifying and targeting jihadists in ‘all shapes and forms’.

A 20-point National Action Plan (NAP) was devised in the aftermath of the APS attack. The Bacha Khan University marks the anniversary of NAP’s initiation, following 12 months that saw terror incidents at an eight-year low. Last month’s attack has, however, laid bare the limits of NAP and Pakistan’s ongoing military operation against radical jihadists.

Following the Bacha Khan University attack educational institutes all over Pakistan were shut down, with red alerts issued in all provinces. The schools were supposed to reopen yesterday, but there are still concerns over lack of security. According to local intelligence, militants are going after educational institutes, especially the ones affiliated with the armed forces.

Female education activist Malala Yousafzai, who is the youngest ever recipient of the Nobel Prize and now lives in Birmingham, was attacked by the Taliban in October 2012. The attack grabbed the world’s attention, making Malala a global figure, and her fight for education an international cause. It was the first time the world became aware of the fact that children trying to get education in Pakistan have been forced into being a part of a broader war on terror.

But are Pakistani children simply being targeted for trying to go to school and get education? That’s what David Cameron first thought, when he first heard about the APS massacre. The actual causes behind this onslaught against schools are slightly more complex.

When Malala was attacked by the Taliban, one of the reasons she was targeted was her activism for girls’ education. But it would be simplistic to suggest that all schools and education are under attack in Pakistan, which is exactly what Taliban leader Adnan Rasheed clarified in a letter he wrote to Malala in 2013, asking her to abandon ‘western’ education and embrace the ‘Islamic’ curricula.

Spearheaded by Boko Haram (the name itself means ”Western or ‘non-Islamic’ education is a sin”) radical jihadist groups around the world are at war against secular education, which they believe is antagonistic to Islamic teachings. The Pakistani Taliban are a part of this global war on modern curricula, with Pakistan having experienced over 1,000 attacks on mainstream schools since 2009.

It is crucial to highlight that jihadists are fighting against secular education, and not education as a whole, for it helps us to understand the bigger war of narratives going on in the Muslim world at large. It is this war that needs to be won for the global war on terror to be a success.

Even so, in addition to the ideological warfare, there are multiple other factors contributing to Pakistani educational institutes being attacked in hundreds.

To begin with, they have become soft targets for the militants, with military operations all over the country and the ensuing security red alerts all over Pakistan. The first militant attack claimed by ISIS in Pakistan, in which 46 people belonging to the Ismaili Shia minority were killed, also targeted a community bus, with security analysts predicting the continued vulnerability of these softer targets.

Furthermore, both the TTP and Pakistan military have used educational institutes to station militants and troops, especially in the ongoing military operation in the tribal areas. This has meant that both the Pakistan Army and the Taliban have been destroying schools in the war torn regions of Pakistan in the northwest.

The Taliban have been using the military’s often reckless operations and the ensuing destruction to sell the narrative that Pakistan Army is a US -funded mercenary fighting against Islam. This narrative helps them recruit more jihadists in their war declared on the Pakistani state, which they envision as a part of the global Islamic caliphate expounded by ISIS.

With ‘streamlining religious seminaries’ a part of the 20-point NAP, the Pakistani state has – on the surface at least – acknowledged that it’s a part of an ideological war, as much as it is battling militancy.

Pakistan Army’s media wing launched a song on the first anniversary of the APS attack in December, the title of which roughly translates into ‘We Have to Educate the Enemy’s Children’.

A month later the Taliban orchestrated the attack on Bacha Khan University, named after Pashtun anti-colonial leader Abdul Ghaffar Khan renowned for his nonviolent movement against the British rule.

The students were set to host a poetry recital to commemorate his death anniversary, when the militants stormed inside the university premises, creating an atmosphere of fear that has gripped educational institutes all over Pakistan.

The symbolism attached to the Bacha Khan University attack is self-evident. The Taliban have thrown the gauntlet to the Pakistani government and establishment. It’s going to take a lot more than state-sponsored jingles, or reckless military operations, to win this war of narratives.